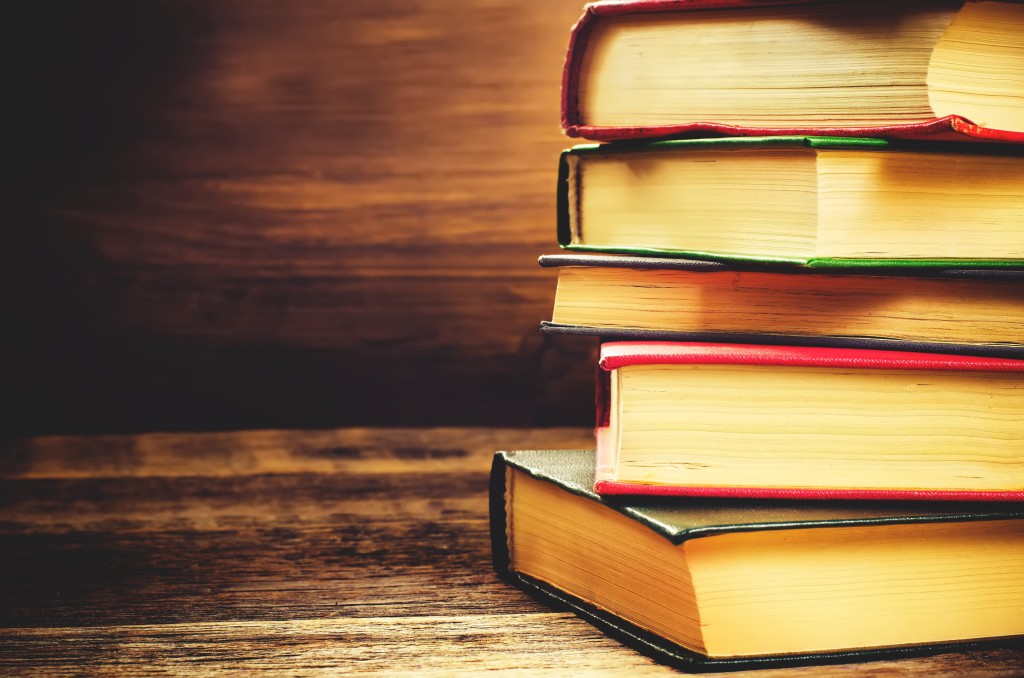 A-thousand-and-one lessons? At least! Successful people distill knowledge acquired through self-education and life experiences into wisdom. As Paul Simon and Art Garfunkel remind us, we don’t learn much of anything important in school. Those who pursue relentless self-education and act on knowledge learned are destined for great things.

Learn from the best and brightest. When you absorb their lessons, you compress the learning curve and avoid recreating the wheel. You steer clear of common pitfalls and dare to try new approaches to old challenges. Some of our killer book selections are “oldies but goodies.” Their sage advice is just as relevant today as it was early in the 20th century. Some things never go out of style. The two book series at the end teach new tricks for a new millennium. So, let’s dig in.

Think and Grow Rich
The name gives away one of the core concepts of the book. Napoleon Hill’s seminal work presents a 13-point program to achieve “riches,” although not necessarily financial wealth. The book summarizes Andrew Carnegie’s blueprint for personal achievement—his magic formula.

Carnegie shared his secret with Hill, who in turn shares it with his readers. The secret is tucked into each chapter, but it’s up to each reader to detect it for himself. Some who claim to have found the secret believe it may be different for each reader.

Once Hill fully grasped Carnegie’s secret, he spent 20 years interviewing more than 500 of America’s great industrialists and businessmen of the early 20th century. He shares their stories and the steps along their journeys to success as each step unfolds.

Each man Hill interviewed had started with nothing and had applied the secret on the way to achieving phenomenal success. You know their names: Thomas Edison, Henry Ford, George Eastman, Theodore Roosevelt, John D. Rockefeller, Clarence Darrow, etc. Think and Grow Rich summarizes wisdom gleaned from these interviews and implores the reader to act on it.

If you’ve read any self-help books, you’ll find the material strikes a familiar chord. Where do you think these ideas originated—at least in modern times? Think and Grow Rich is the contemporary source. For example, the mastermind group originated with the men Hill interviewed. Today, many self-help business programs charge a premium to join a mastermind group under their umbrellas.

If you’ve read The Secret by Rhonda Byrne, it’s just an introduction to the fully developed concepts in Think and Grow Rich. Hill’s book is the consolidated Ph.D. curriculum that lays out a comprehensive, proven plan of action.

Ideas without action are merely dreams. Action is not only a key to success, it’s the key that unlocks the door to the secret buried in the book. If this book doesn’t propel you into action, nothing will.

Download the original, public-domain version of Think and Grow Rich in PDF format. There is a new version in which the co-author has supplemented the original manuscript with what reviewers claim is contradictory information.

How to Win Friends and Influence People
Like Napoleon Hill, Dale Carnegie interviewed many of the movers and shakers of the early 20th century—from actors and a president to business titans. Carnegie wrote to an audience of salespeople. The techniques don’t quite hit the bull’s-eye for use in personal relationships, but if your business interactions fall flat, this is a must-read book. His lecture-turned-book is not a book of etiquette, but it covers many common courtesies required to excel in the worlds of sales and business.

If you’re well-grounded in common sense and common courtesy, you might skim the book as a reminder of the finer points. If you feel people don’t exhibit the most basic common courtesies toward you, you might discover that you are the problem, and it’s always easier to fix ourselves than to fix others.

When you attend a networking event, do you say, “Oh, hi,” instead of using the person’s name? Are you so focused on the outcome of an interaction that you fail to put the other person at ease? Do you have trouble admitting when you’re wrong? Do you fail to express appreciation to team members for a job well done? All of these behaviors and attitudes can work against you, but they’re easy to remedy once you recognize them. You can’t possibly read the book without finding at least one of your faults in it, perhaps a fault you didn’t recognize. Woody Allen was right: Sometimes it really is a matter of just showing up; in this case, just read the book.

Carnegie is big on storytelling, as you’ll gather from all the anecdotes in the book. In a world dominated by texting and tweeting, it’s fast becoming a lost art. If you can weave facts and figures into a story, you’ll mesmerize.

You probably won’t learn anything new from How to Win Friends and Influence People, but you will be reminded of much you have forgotten.

The 4-Hour Workweek
I hate to burst your burst your bubble, but there is no such thing as a four-hour workweek for most of us. No doubt many people bought Tim Ferris’ flagship book for the same reason I did—curiosity. The more you read his 4-Hour books, the more you realize he works at something every waking hour. He writes about techniques he’s tested rigorously.

As I read the book, I discovered how many ways I was working stupidly—it was a lesson in humility. It finally made me understand what Stephen Covey attempted to convey decades ago: Attend to the important rather than to the urgent. A big piece of the puzzle I was missing was delegation—which, for me, takes the form of outsourcing. Others can do some of the jobs as well as or better than I can.

As Ferris recounts his global adventures and accomplishments while outsourcing and excising the mundane from his workweek, you can’t help but keep a running tally of all the hours you waste each week on activities that deliver no ROI. I realized my wasted hours exceeded my productive hours. Rather than tear my hair out strand by strand, I started to outsource business and personal tasks.

The object is not to mirror Ferris’ tactics, but to incorporate his strategy. There’s no way most of us can check email a couple of times each week. But closing your email program for several hours at a time can give you the room to focus on your work.

Ferris not only wrote the book as an eye-opening “how to” but also shares a wealth of resources. In practice, it’s a lab course. It’s on my reread list for 2016, as are all of these books. It’s time to find new ways to increase my productivity to make room for important goals that may or may not have anything to do with business.

Choose Yourself and Choose Yourself Guide to Wealth
James Altucher is an original; there is no facsimile. His fresh voice is the reason we present two of his books as must-reads. You’ll love him or hate him. He’s a loose cannon, a renegade who dances to his own tune. Sometimes he dances to harmonious music, and other times you can hear a cacophony in the background. He’s honest to a fault, and he’s blunt. Often you’re left wondering, “Did he really write that?”

Altucher disabuses his readers of the thought that anyone will “save” them from America’s new economy. Instead, he writes that it’s up to us to save ourselves, and we must first choose ourselves to do so.

His books focus on self-preservation, self-reliance and critical thinking. He’s consumed by an entrepreneurial spirit that he weaves through his books, alternating between stories and concrete guidelines. The first book is a tune-up to get the juices flowing so you can act on the second book.

If you’ve read Think and Grow Rich, but you don’t know how to think of a good idea, Altucher’s books will fill in that gap. In fact, Altucher’s wife Claudia devoted an entire book to the “idea machine” aptly named Become an Idea Machine.

Altucher relies heavily on the idea machine concept in his Choose Yourself books. It’s one of his daily practices, and the concept is simple. Every morning, write down 10 ideas about anything. Sounds simple, right? Give it a try and let me know how that works out for you at the end of the first week. If you view creativity as a muscle that needs regular exercise, it gets easier with time. How much time? Half a year’s time just to force myself to stare at that blank piece of paper every morning.

To get the most out of Choose Yourself, you have to be an active participant. If you can do that, you will develop the discipline, creativity and occasional spontaneity necessary to benefit from the paradigm shift that’s the focus of Altucher’s next book.

If you’ve been laid off, get a copy of Choose Yourself Guide to Wealth. It is to the 2010s what What Color Is Your Parachute was to the 1980s. The book outlines seven trends in today’s economy. You can look to those areas for employment or for business opportunities.

If you’re wondering what it really takes to start a business, arm yourself with a highlighter and study the chapter “A Cheat Sheet for Starting a Business.”

The surprise takeaway from Guide to Wealth is his take on selling a business. His advice is to sell early and sell often—whenever the opportunity arises. I wish I had read this book two decades ago. I passed up an opportunity to sell when the selling was ripe.

The inner-child movement, spawned in the 1970s and popularized in the 1980s and 1990s encouraged us to find our inner child, to become more childlike. Dr. Seuss shows us the possibilities that lie ahead if only we’ll begin the journey. Unlike most books with the same theme, he accomplishes it in 738 words while bringing a smile to your face and a buzz to your day.

Read the full text of Oh, The Places You’ll Go.

Why These Books?
Each book reinforces concepts from other books on the list. Sometimes when we’ve heard something a hundred times, the bell rings when we hear it in a little different manner from the 101st person.

First you have to learn the lessons, but then you have to put them into play—take action on what you’ve learned. Action is the difference between a person who dreams and a person who succeeds.

The definition of success lies in the eyes of the beholder. If you can apply just one important lesson from each of these books, your results can’t help but multiply exponentially.