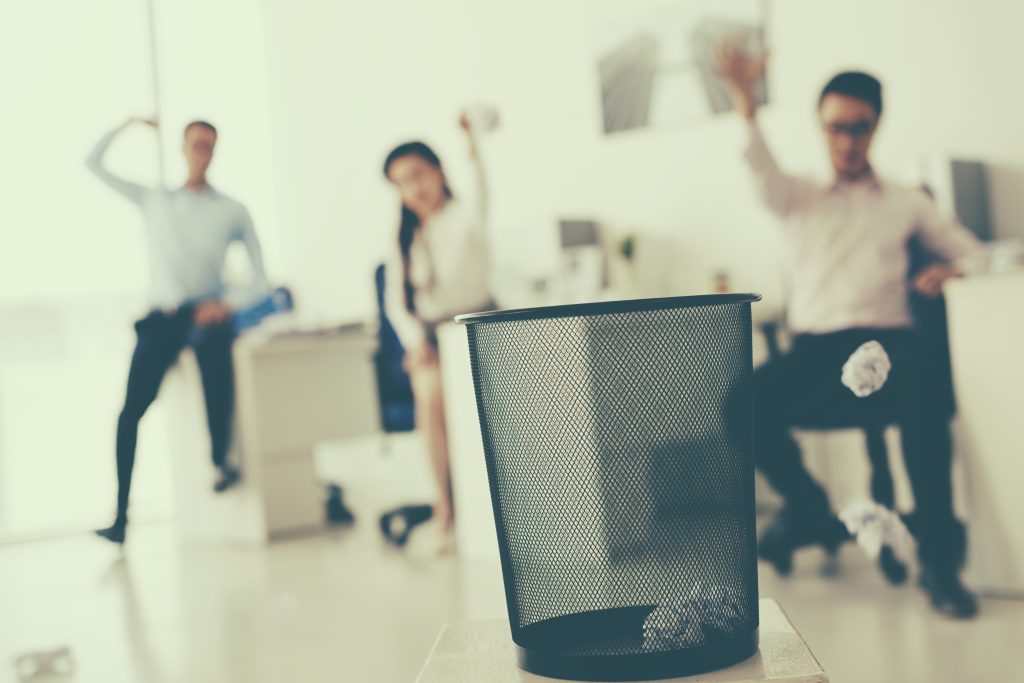 It’s a new year, and everyone’s new calendar holds a world of possibilities and promise. Unfortunately, your heavy baggage doesn’t magically check itself at Old Man New Year’s door; it follows you. So, instead of counting calories or pullups, or in addition to, if you’ve already committed to those things, why not vow to toss the business myths that have weighed you down all these years?

1. The World Will End if I Don’t Answer Emails Right Now
For most of us who constantly check and answer emails, this is a knee-jerk reaction rather than a strategy. However, it diverts our focus from the job at hand, and it takes time to refocus after dealing with incoming messages.

A better strategy is to set specific times for answering emails. What if something is urgent? We still have telephones. Train your co-workers, colleagues and clients to phone you if they need an immediate response.

I have been as guilty as the next person is, but I was recently cured. One day last month, I received more than 500 work emails, and I tried to answer them as they came in. Most of them were a waste of time and could have been consolidated into less than 50—a manageable number. The very next week, a client complained that she received 200+ emails in one day. Clearly, the madness had to stop.

My client now checks her inbox several times per day rather than deal with constant interruptions. I have started filtering all emails except those pertaining to work, so I don’t even see most of them until I take a break. I have also devised a more efficient way to get answers to questions. I put them in the document, and those questions that don’t receive an answer show up in the final proof highlighted for everyone to see. That gets immediate attention, and I don’t have to send countless emails asking for the same information.

2. Everyone Who Is Anyone is Fashionably Late
Ask any airline passenger how well this myth works. You don’t want to be on the explaining end of that situation. If you’re a repeat offender, there might be more at play than meets the eye. Reverse the situation and ask yourself how you feel when you’re on a tight schedule and someone keeps you waiting for an appointment.

Psychology Today reports that repetitive lateness can be a symptom of underlying issues, such as a passive-aggressive nature or downright disrespect for others. Sometimes, it’s used to demonstrate power over “underlings.” Whatever your reason, it’s time to commit to your appointments because you’re not winning any respect from others with habitual tardiness.

3. I’m a Terrific Multitasker
No, you’re not. Multitasking is a myth than began with the advent of the personal computer. Even in terms of the PC, multitasking is a myth. There is no such thing. Resources switch back and forth, they do not divide themselves among tasks—whether it’s the computer or a person attempting to handle more than one job.

A recent study conducted by the University of Sussex shows that our attempts at multitasking are changing the way our brains are wired, and not for the better. Some physical activities such as juggling can help to increase gray matter, while multitasking reduces it.

Multitasking is too cute by half. According to Psychology Today, it not only takes more time to accomplish your work but also leads to errors. In a day’s time, multitasking can lead to a 40 percent reduction in efficiency.

4. Social Media Is Critical to Building My Business Reputation
“I must comment on every news development,” is symptomatic of this myth. Have you looked at Twitter lately? It has become a vile playground for the broke and infamous. It’s anyone’s guess what can get you bounced—if not from the platform, then from your job. Perfectly polite people tend to “let it all hang out on the internet,” whether it’s Twitter, Facebook or Instagram.

One of the first admonitions I received in the early 1990s was, “If you don’t want it on the 6 o’clock news, don’t say it on the internet.” Whatever happened to that sort of common sense? Until we bring decorum back to public discourse, I have better ways to spend my time—in productive work.

Social media has its place, but the lure of the siren can become addictive and counterproductive. Use your time on social media wisely and choose your words and your platform carefully. Look into LinkedIn—the adult in the room.

5. Clutter is the Sign of a Busy Person
There’s no Oscar Madison award for cluttered workspaces. No one’s promoting tipping the scale to the Felix Unger side, but you can find a happy medium. The TV sitcom The Odd Couple provoked a loud “eww” at both of these characters—at Madison for his gross sloppiness of working in his bed strewn with stacks of old papers and weeks-old food wrappers and Unger for his OCD-inspired fastidiousness. There’s a happy medium, but before we check in on that, let’s look at the science.

Science says…
According to research published in Psychological Science, people working in clean environments tend to do as they’re expected. For some people, a cluttered desk can lead to a cluttered mind. However, the science shows that for some creative people, clutter can lead to greater creativity. It reports, “… a signal that being in a disorderly environment stimulates a release from conventionality.”

The pitfalls of a messy workspace, even when you swear it increases your creativity, are that you risk looking slovenly and inefficient as well as aggravating your co-workers. So, attempt to clear your desk at the end of each workday.

These are only a few of the myths that prove counterproductive in the workplace. Can you add to the conversation? Meet us on Facebook, and tell us what you’ve decided to let go of in 2017.