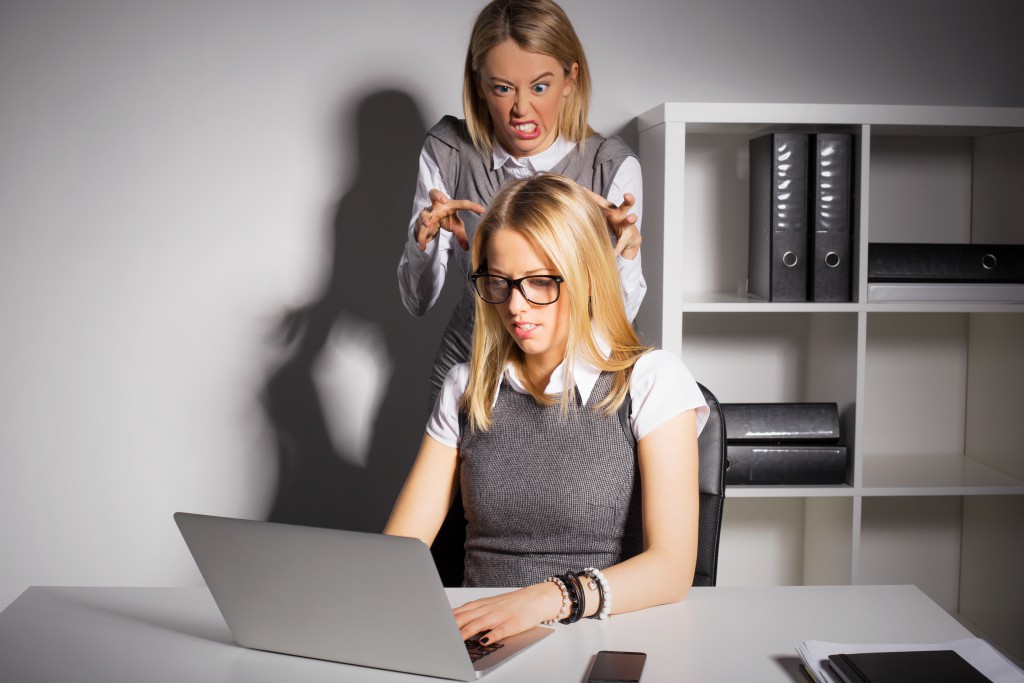 The workplace is a melting pot of diverse backgrounds and eclectic personalities, so it’s unreasonable to expect everyone will get along swimmingly all the time. Still, there is an expectation that employees will act civilly toward one another and ignore petty annoyances.

Even minor irritations can send productivity plummeting, so how you handle toxic co-workers can make or break your day. Long term, how you manage these people can determine your career trajectory.

Follow along as we take a virtual tour of an office with five extra-annoying co-workers, and discover how you can deal with them.

First, the Cardinal Rules
The workplace offers many rewards, and one of them is engaging with co-workers. As a general, these five steps can help encourage an esprit de corps:

1. The Know-It-All/Control Freak
The Know-It-All knows everyone of any importance—anywhere in the world—is better at everything than you are, and is the oh-so-helpful, control-freak co-worker who is just dying to mold you into her very own “mini me.”

No matter where you’ve been or what you’ve done, Know-It-All can one-up every experience you’ve ever had in life. You spent the weekend in Aspen; she skied the Alps. Your manager invited you to lunch; she dined in the executive dining room with the president. You got rave reviews on your last project; she could have helped you do it faster, cheaper and better.

Antidotes: Inoculation in the form of preparation is your best protection when working on a project together. Make sure you’re thoroughly prepared and that your work is immaculate. When she plays the one-up game, just smile with that “knowing smile”; you know the one—the one that screams Bravo Sierra! When she offers helpful hints, smile, thank her for her input, and tell her you’ll consider it.

Psychology Today calls these types “the commanders” and suggests that you diplomatically question their authority and ask them from where they derive their authority.

2. The Negative Nellie
Nothing is ever good enough for Negative Nellie, also known as the chronic complainer. It could be the weather—it’s too cold, too hot, too rainy or too sunny, or it could be a report that ran too long, short, used too many or too few illustrations. The gossiper is the first cousin of Negative Nellie. Have you ever heard “good” gossip? Didn’t think so.

Antidotes: If the complaint is something that doesn’t matter, don’t engage. Give a one-word answer and move along.

Suppose, however, you’re working on a project together, and Negative Nellie says there’s no way he can do his part of the project—it just can’t be done. Will Bowen, founder of Complaint-Free World, suggests saying something like this: “If it were possible to [do whatever], how would you make it happen?” Negative Nellie is bound to come back with the same reply the first time or two. Keep at it until you can no longer stand it or until he comes to his senses.

When Gossiper says something like, “I can’t stand it that Don comes to work late every day and never gets in trouble,” try another showstopper courtesy of Will Bowen: “You know what I like about you? You’re always so punctual. When you say you’re going to be somewhere, you’re always there at the appointed time.” What can he possibly say to that except, “Thank you”? I’ve used this one, and it shuts down any further discussion.

3. The Office Bully
Every office has its Office Bully, and everyone despises the sight of this person. She’s an equal-opportunity bully, and you never know when it’s going to be your turn to bear the brunt of her wrath.

Antidote: Always stand your ground with the bully. The Bully shares this trait with a criminal: She’ll always go after low-hanging fruit. Once you stand up to her, she’s off to find another target—someone who will cower in her presence.

4. The Keyboard Warrior
Keyboard Warriors are perfectly rational when you encounter them in person. But turn them loose with a keyboard when they’re tucked safely into their cubicles and they morph from the Lion in The Wizard of Oz to the lion in search of prey on the savanna.

Keyboard Warrior is a coward at heart. If he were unemployed, he’d spend his days in his parents’ basement littering Disqus with comments. His email rants take two forms—the work-related rants and the extra-curricular rants. Both are filled with serial exclamation points and emoji and elicit a sense of dread when they land in your inbox. Every email is a timewaster.

Antidotes: Put a stop to the extra-curricular rants. Stop them cold. Send a reply politely stating you don’t have time for personal emails—it’s all you can do to handle work-related emails. Ask to be removed from his extra-curricular list. After that, ignore all personal emails and answer only the work-related ones with as much brevity as possible.

5. The Drama Queen
This type covers a great deal of territory. Drama Queens (who are just as likely to be male) can be Professional Victims, Social Justice Warriors (SJW) and The Crazy. These co-workers will suck the life out of you if you give them half a chance! They’re needy, and while anyone with a speck of compassion might want to try to help them, they are bottomless pits.

Classic Drama Queens are amusing and endearing—they’re the office Joan Rivers, and they make work fun. They’re hazardous to your productivity because they offer hours of entertainment for anyone with a sense of humor and a keen appreciation of the absurd. They’re the life of the party at work, and they’ll use every ounce of encouragement as motivation to refine their routine and further embellish it.

Most people want to help their fellow human being, but some people do not want to be helped—chief among them, Professional Victims. Their goal is to retain their status, not to shed it. To solve a problem would rob them of their victimhood. Even if it were possible to solve one problem, they come with a laundry list of problems, and life is too short.

The Social Justice Warrior is sanctimonious. He’s part Drama Queen, part Bully, and you’ll never measure up to his standards. He operates from an indecipherable moral code with an equally obtuse dictionary of political correctness dictated by the group-think du jour. Life is a series of causes for the SJW, and if he comes after you when you fall on the wrong side of his cause, you are in for a world of misery. For example, heaven help you if you have children and he feels procreating is irresponsible.

The Crazy belongs anywhere other than in the workplace and preferably behind locked doors. I have only run into one “certifiable” workplace crazy, and I spent a miserable four days in her company.

On one of my first trips as an international flight attendant, I checked in for my four-day trip from JFK to Geneva, and the rest of the crew was 20 years senior to me. They were nice enough except for the one with the very intense eyes. She might as well have spit on me when I walked into the briefing room. For some reason she took a visceral dislike to me—probably due to my newbie status. On the way to Geneva, she worked the first-class cabin, and I was a world away from her in the back of the 707.

When we boarded the crew bus in Geneva for our trip to the hotel, she sidled up to me and said, “I’m a witch, and I’m going to make sure you die in a fire on the layover.” I hadn’t spoken 10 words to this woman, and I had no idea what had come over her. I was so spooked that I spent the entire two-day layover in my hotel room. When one of the other crewmembers asked me why she hadn’t seen me on the layover, I relayed the story. She told me that “everyone” knew The Crazy was insane, but I hadn’t received the memo.

On the trip home, The Crazy engineered it so that I would have to work the first class galley, thinking that I wouldn’t be able to pull it off with a full load. I fooled her; I “owned” the first class galley from Day One of my career. Just as she was walking up to the cockpit, some grease splattered in the oven causing a bit of smoke in the galley. She stopped dead in her tracks to say, “I told you I’d set you on fire.” How does a sane person respond to this?

Antidotes: Limit time with the Classic Drama Queen when you’re busy. Spend all the time you want with her after hours and on breaks—or when you need a good laugh.

Bev Smallwood, Ph.D., suggests that you identify what triggers mentally unstable co-workers so you can avoid whatever it is that sets them off. Monitor their behavior and discuss your concerns with your superior. It’s better to be safe than sorry.

What’s the Pattern?
Have you spotted the pattern in these annoying co-workers? They all want attention. And what’s the universal answer? Refuse to engage when possible. When you refuse to engage, you remove yourself as an eternal fount of sympathy and attention. When there’s no payoff in annoying you, the extra-annoying co-worker will find someone who offers the desired payoff. As long as that’s anyone but you, you win.