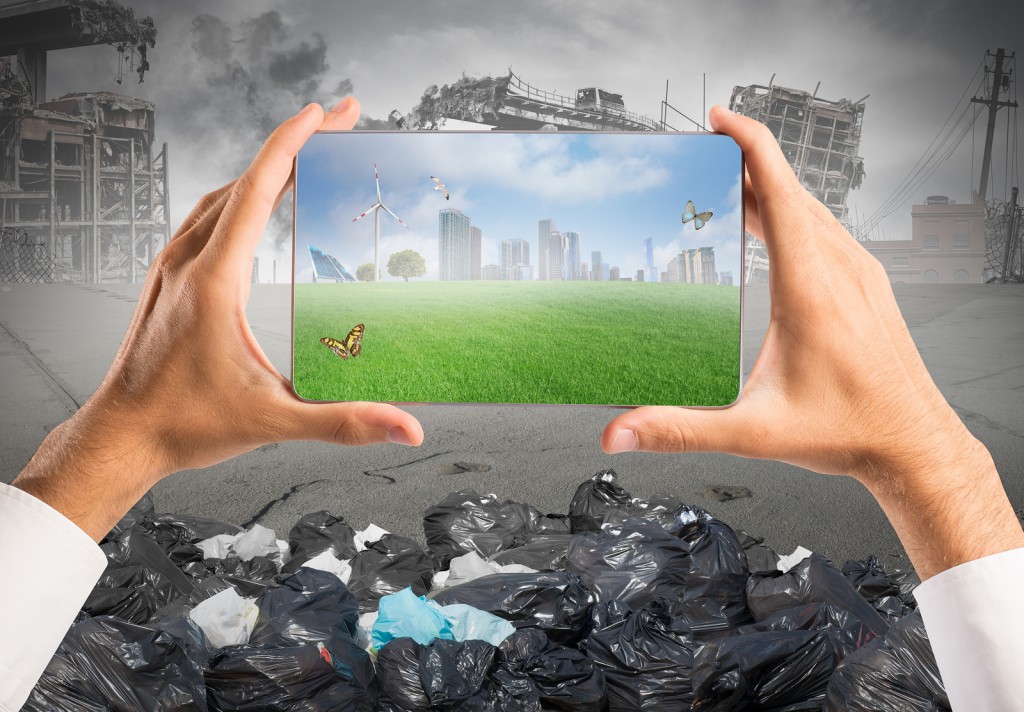 One of the hardest decisions a college student can make is selecting a major because it should, in theory, lead to a career choice. The problem is that few young adults, when they enter college, have a solid grasp on what they want to do “when they grow up.” Jonathan Levy, also known as the Zero Waste Guy, was one such college student.

Before we launch into the interview, let’s define Levy’s career as a sustainability consultant. Levy says, “My work consists of looking at what people throw away and figuring out ways to help them reduce the amount of material they generate, whether it’s trash or recycling. I also help them purchase more environmentally friendly items, thereby reducing their trash and recycling. The goal is to create zero trash, and recycling is nothing more than a last-ditch effort.”

Follow along as you learn from our interview with Levy how a change in college major and a simple life lesson changed his life and launched a wildly successful career.

CheckWorks: Can you describe a project you have completed?

Jonathan Levy: Sure. I implemented a recycling program at a large school district. Previously, the district had no recycle bins. Waste and recyclables went into the same dumpsters, which were then sorted at a recycling facility. This solution is much easier than separating the recycling yourself, but it means you are paying the full retail value for the service.

The first thing I did was audit all the school sites to make sure each campus had the correct number of bins. I was able to remove about 20 percent of the bins on the sites that were not being used, which immediately saved 20 percent off the trash bill.

Next, I characterized the material in the bins by type. Forty percent of the material was recyclable. Over the course of the year, I trained students and staff at each school on how to recycle. I slowly removed trash dumpsters and replaced them with recycle bins. At the end of the year they had realized an additional 10 percent savings on their bill by adding a recycling program.

CW: What’s your background, and how did you get into the business?

JL: Growing up, I always knew I wanted to be a businessman, so I entered college with a declared major of business administration. It wasn’t until my third year of college that I found my calling. I took a class on managerial statistics that I found to be fascinating. It was all about measuring processes and repetitive motions to help businesses run smoother. Most people hated that class, but I loved it. It was after that class that I adjusted my degree from undeclared business administration to technology and operations management with an emphasis in supply chain management.

CW: To what traits do you attribute your success?

JL: Having confidence in my skills and ability to get the job done has always been a challenge. It has been a long journey to get to where I am today. When I reflect back on my first job after college working in management at UPS, I can’t help but think about how not humble I was. I would get so frustrated when people wouldn’t do whatever it was I asked them to do. I had my role and they had theirs. Why wouldn’t they just do what they were supposed to do?

It wasn’t until I took a step back and looked at the job from their point of view that I realized how to reach people. From their perspective, I was the young kid who came off the street with a college degree and wore a suit and tie to work every day. They, on the other hand, worked from the ground up as part-time package handlers. Many of them were just there for the benefits. The last thing they wanted was some young kid telling them what to do. I wasn’t humble.

CW: Have you ever had a make-it-or-break-it, defining moment? How did you survive that moment?

JL: I had that moment in 2012 while working at a Target distribution center. I took the job for all the wrong reasons: It paid well, the company was well respected, and it was a step up from a job title standpoint. I hated that job with a passion. I didn’t appreciate the opportunity it presented. Instead, I wished I made more money and felt that I should have been promoted to the next level. I had no grace. I was not grateful for the amazing opportunity that I had. Even though it ultimately was not the right place for me to be working, I still should have been more grateful for even having the ability to pursue that type of career with a great salary.

I left Target after only nine months, because I realized that I was on the wrong path. It wasn’t my path, but it was the route I felt I should be on. In my short time at Target, I did some soul searching and realized that the best opportunity for me was one working on sustainability projects that better utilized my skills. I took a huge pay cut to start working on recycling projects with various Southern California waste haulers (aka, garbage companies).

I made a new determination to work to the best of my ability, focusing on helping businesses become more sustainable and to not worry about the trivial things that come with every job (i.e., a bad boss or challenging co-workers). That was in January 2013. I stayed the course and am a stronger person for it.

CW: What’s been your best moment of which you are the proudest?

JL: I spent nine months working on a recycling project inside a county jail. I had quite a few reservations about this project, knowing that I would be working side-by-side with an incarcerated population. Would I be safe? Were these men dangerous? I was apprehensive at first, but I quickly realized that I was in a unique position to help shape the future of these men, many of whom really just needed to feel valued.

The prisoners wanted to learn, and I was able to apply many of the skills I learned over the years to reach them. I found that if you can look beyond their “status” as felons or gang members, you can accomplish a lot. Facial tattoos are only skin-deep. It is amazing how well someone will work for you when you shake their hand, look them in the eyes and sincerely ask about their family. I learned just as much from them as they did from me.

CW: What’s your advice to millennials who want to succeed in today’s marketplace, whether they want to get ahead or start a business?

JL: My best advice to future generations of business leaders is that you must work hard and stay the course, even when the going gets tough. I learned this from watching my mom. She has been a registered nurse for 36 years. She worked the night shift for the first several years of her career, then transferred to swing shift, which she worked for 30 years. It wasn’t until the last year that she finally took a position on the day shift—the shift most everyone wants. 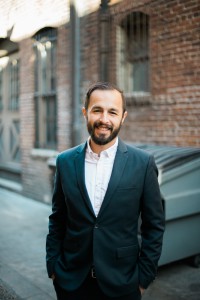 Many people from my generation (older millennial) expect success to be handed to them. Believe me, I was one of them. The biggest life lesson for me was understanding that it takes hard work and determination to get the job done—along with a healthy dose of humility.

It is easy to get hung up on or jealous of the success of others. It is in those times that we must take a step back and remember that it is their journey, not ours, and just because they have reached a certain level of success now doesn’t mean that they didn’t fail over and over again before reaching their current status.

CW: Is there anything outside of work that helped you in your career?

JL: Early in 2013, I started running for exercise. I had to push forward and move on, when all I wanted to do was quit. There were other runners supporting me—we weren’t competitors. It’s a metaphor for pushing forward in business or in life. I ran the L.A. marathon in February of this year. I’ve found that running clears my mind. When I run, I only concentrate on running; I’m not talking, and I get clarity.

Levy is available for speaking engagements on the subject of reducing waste, recycling and sustainability.