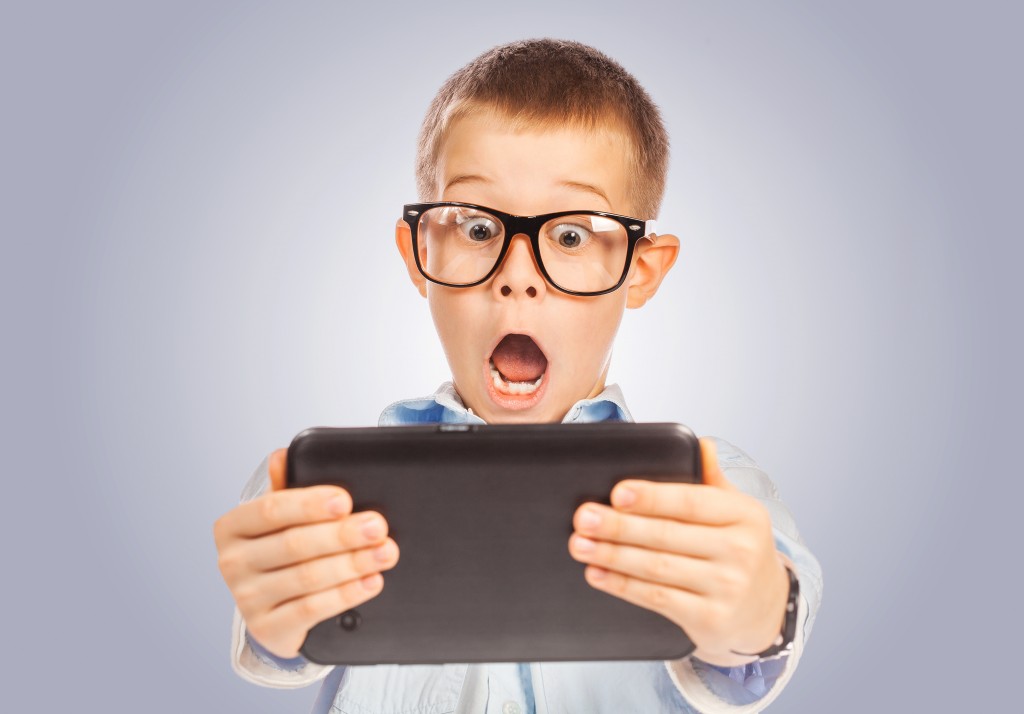 Remember when having “THE Talk” meant telling kids about sex? The last time that happened was probably around the time you were a kid. Today, your child will learn more online and in school than you ever wanted to know about sex, starting as early as kindergarten. The 21st century version of “THE Talk” is about how to stay safe online. It’s up to parents to inform their children of the dangers and to steer them away from danger.

It’s no longer sufficient to move computers to common areas. Kids have phones, tablets, etc. Smart TVs are computers. Wii and other game boxes are computers. There’s no escaping cyberspace now that everything in sight is a computer, so what’s a parent to do to keep their children safe?

Step 1: Know Where the Kids Hang Out
Before you can keep children safe, you have to know where they hang out. Hint: It isn’t the mall. For today’s kids, it’s all about online fun (videos and games); social networking; texting and video chat, which has mostly replaced face-to-face social interaction—and scariest of all, the meetup/dating sites and apps, some of which include your child’s current geolocation information.

The sites above can turn into the digital equivalent of “getting into a car with a stranger.” But not every passing car is a menace, and most sites aren’t inherently bad.

No one, including your child, is immune to the lure of this vast cyber-playground. Tweens don’t have the discernment of an adult, and teens think they’re invincible and immortal. Remember how invincible you were as a teen?

Pew Research in a 2015, five-chapter report—a worthwhile read—reveals how prevalent online activity is among teens. A few highlights from the report:

Social media and gaming are their favorite hangouts.

Teens still spend face-to-face time with their closest friends—mostly at school and at someone’s house, but texting is still their most frequent form of communication (even while with their friends—go figure).

84 percent of teen boys play video games with others; 75 percent play online with others.

71 percent use Facebook—most teens feel better connected to their friends’ feelings and lives through social media.

No, they’re not doing their homework or watching TEDx talks; they’re playing online most of the time.

Step 2: Learn the Danger Signs
In addition to the usual Internet scams, the biggest worry for parents is Internet predators, who can easily become offline predators. Further, the Internet is a huge repository of illicit activity and information. A sampling of these activities includes instructions on how to grow and process drugs, make fake IDs, counterfeit money; teach hate and anarchy advocacy; buy and sell stolen merchandise; and lure people into “get rich quick” schemes.

When you child exhibits behavior that is out of character, that’s a big, red warning flag. It could be anything, but based on the statistics provided by Pew Research, it’s a good bet that the problem originated on the Internet. Become suspicious if your child:

Step 3: Have THE Talk
When I turned 14, my mother said, “You have never given me any reason not to trust you. I will assume that I can trust you until you prove otherwise, but once I lose that trust…” She didn’t have to finish the sentence. Did I toe the line? Of course not. I was a master at not getting caught, but times were different and much less dangerous then. And parents were not nearly as lenient.

It’s way too late to start the discussion with a teen who has had unlimited access to the Internet. The earlier you start talking with children, the better. OnGuardOnline.gov offers practical, comprehensive information on how to talk to your child about Internet safety. Download the PDF.

Young Children
Supervise young children whenever they’re on the Internet. Choose the websites they can visit, and install parental controls available through your ISP. When they get old enough to explore on their own, you can supplement the IPS controls with software controls such as K9 Web Protection (free) or commercial software monitoring and protection.

As your child gets older, you’ll want to initiate conversations about appropriate behavior, contact and content. Opportunities abound for discussions—movies and TV shows, newspaper articles, etc., provide natural segues into these conversations. Inform them about Internet scams, cyberbullying and what information they should keep private. For example, the time to post vacation photos is after you return home, not while you’re away, alerting the world to an empty home. As you communicate everyday values, show them how those values apply online. It’s more natural if it’s an ongoing, seemingly spontaneous conversation.

Tweens
Cyber independence mirrors “real life” independence. As children gain independence, set limits for Internet exploration just as you do for TV viewing or staying out at night. Help your child select apps that don’t broadcast location, and help him or her set preferences—tightly controlled preferences. These apps are stalking people’s every move. Tech-savvy children know how to get around some parental controls. That’s one of the reasons keeping the lines of communication open is important.

Teens
As teenagers approach adulthood and become more independent, they develop their own values and/or adopt the values of their friends. By now, you’ve done most of the talking that will sink in unless it’s tied to current events. They need to understand that Facebook and other social media are tracking their every move, and potential college admissions personnel and future potential employers will Google them—at a bare minimum.

If their online social profile isn’t squeaky clean, cancel the old accounts. After a month or so, most everything will drop off the search engines. The “Wayback Machine” at archive.org is another matter, one over which you have no control. Contact Google, and ask them to remove any unflattering photos or private information from their search results.

After a month, encourage them to start new social media accounts, and keep the new ones clean. Explain that every move a person makes is monitored by everyone, including the government. If that doesn’t scare them straight, nothing will because a person’s online presence can make or break their future. Keep driving this fact home.

Step 4: Secure Devices
Start by reading The First Thing We Do, Let’s Kill All the Hackers, and lock down all devices as suggested in the article. Since I began using a virtual private network, I have not had one virus attack, and the only malware to hit my devices has been through programs or apps that I installed (and promptly uninstalled). There are apps similar to those listed in the article for every device.

Lock down their smartphones and other mobile devices even if you have to get them to show you how to do it. They probably know how to lock down devices better than you do, and you’ll want their help in securing your devices. If you do it together, at least you know they’re locked down. Password everything.

Step 5: To Monitor and Track (or Not)
I know two sets of parents who monitored and tracked their teens’ every move. I’m talking “I Spy” monitoring that would make the KGB jealous. In each case, their children were constantly in trouble! I know other parents who have taken a hands-off, “we trust our children” approach, and their children turned into mature adults. Is this indicative? No. It’s only an observation. What’s the answer? I don’t know. All I can do is provide the facts because each child is unique.

You do your best as a parent to explain the dangers, but at some point, you have to let go.

If you have survived life on the Internet with your child, we would love to hear your experiences. With the means and modes of online interacting changing daily, it’s difficult to keep up on safety techniques. The more we share such information, the safer it is as we help children navigate a safe Internet.