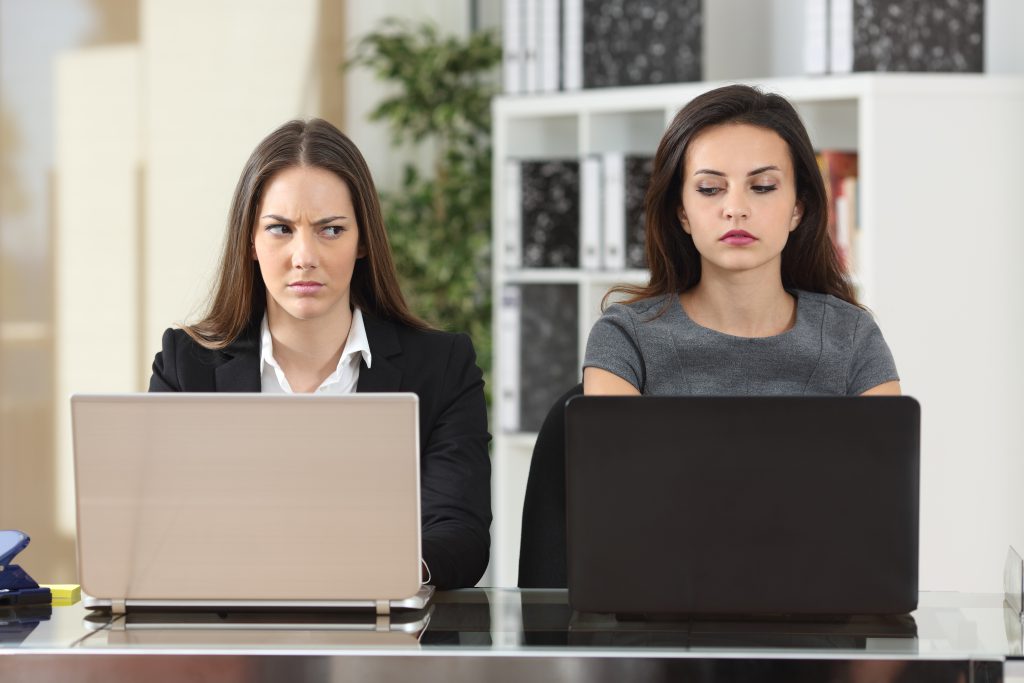 “Oh, dear God, it’s Monday, and I don’t know whether to stab out my eyeballs or slit my wrists.” If that’s what runs through your employees’ minds after the weekend, I know a secret. You might think they loathe their jobs, but it’s more likely they hate you, their Cretan boss. And, what’s worse, these bosses may be so self-absorbed that they have no idea their employees feel this way.

Newsflash: The Cost of Your Turnover is Endangering Your Job
To all you high-handed bosses, you are costing your company a fortune in turnover. That’s not “me,” your employee and most important asset, speaking; that’s the consensus of human resources professionals. The Society for Human Resource Management conducted a survey and reported their findings in the 2016 Human Capital Benchmarking Report. The report revealed:

Other surveys showed similar findings, with outliers reporting turnover costs as high as two to three times the salary for high-income positions. With the annual turnover rate approaching 20 percent, $4,129 is a hefty investment to lure a new employee.

When you treat your employees like dirt, disengagement occurs. Eventually it reaches a threshold that forces out your best employees, sometimes without any notice. Not all resignations are the fault of the employer. Many bosses are worth their weight in gold and work diligently to propel their employees to reach their full potential. If, however, you fall into the “worst boss” category, your boss might show you the door once it’s discovered you are the problem.

Other than cost, two words sum up the result of employee turnover: disruption and uncertainty. Until you fill a vacant position, other workers take up the slack. This puts pressure on them at the same time they’re left to contemplate the “real” reasons their coworker left. Who believes the reason their boss tells them is the real reason? No one, so the gossip factory goes into overdrive. The domino effect begins, with previously happy employees racing to the exit. Nothing spells danger like disruption and uncertainty.

Employees start to circulate resumes when they suspect their coworker was onto something, and bad news travels fast among coworkers and the public. This is the age of the internet, and Glassdoor, the ultimate employee revenge site, will sink you faster than an unexpected iceberg in the middle of the Atlantic. You are not unsinkable, Molly Brown.

What Constitutes a Bad Boss

Fortunately, I have no personal experience upon which to draw. Not so fast buttercup—I haven’t held a real job since college. So, we’ll turn to a couple of poor souls who want to share their miserable stories in the hopes that you never cause such predicaments for your employees.

Don’t Believe Their Lying Eyes
Jazmin, a young, ambitious Millennial, who was working her way through college, relates the following story.

You picked the right woman—overworked, underpaid and tired of everyone’s garbage. I think it’s safe to say most people find something to dislike in their jobs, the jobs we have to do for basic necessities like food and rent. Our jobs entail ordinary tasks on a day-to-day basis, but when you work for a pathetic excuse of a boss, such as my former boss, mildly distasteful work becomes a nightmare, and you lose all desire to do your best.

When a second office was ready to open, she announced a new position—an assistant office manager under her lead. I jumped at the opportunity and applied. I interviewed with her and the vice president, and they commended me on my hard work and the contributions I had made to the company. They added that my colleagues had great things to say about me and my leadership.

The new office opened, and I maintained the same level of diligence, exceeding all expectations and certain I would get the promotion. Three months came and went and not a word about the position, so I asked my boss if she had a moment to talk about it.

I will never forget the rage that fill me when I looked into her soulless eyes, as she said, “What are you talking about? There is no open position. I will be managing these offices.”

I stayed until I finished my schooling, and then I marched into HR and let loose. Did I ever let loose—with true and juicy details [not fit to print here, but worthy of a National Enquirer scoop]. I stayed another week. One day, right after I returned from lunch, I typed my resignation letter before heading for the door—right there on the spot. I have never looked back.

Three years later…how’s that for motivation to go above and beyond the call of duty? She has no idea what she kicked to the curb. The job served its purpose and got me an education. Now, I’m prepared to take on the world.

Why Am I Here Again?

Full disclosure: I have just finished editing a fascinating book on employee retention. Author Doreen A. Lang has given me permission to share a story from her upcoming book, Hang on to Your Stars, a book about employee retention based on her decades of expertise on the subject. This story comes from a Baby Boomer who was named employee of the year at her international company.

Have you ever been excited and highly engaged in a topic at a professional development seminar that included top managers and company officers, only to look around and see the president of the company on his phone? This happened during a seminar I attended.

At first, I thought he had to answer an important email and was briefly distracted. However, 20 minutes later, when he was still glued to his phone, I became annoyed. I figured something was obviously more important to him than actively taking part in the seminar. We had flown for many hours to attend this seminar (that we were required to attend), so we thought the subject matter was critical.

When we began our presentations, and the first manager was called up to speak on a topic that she had gone to great lengths to prepare, I looked back to see if the president had finally put down his phone. To my astonishment, he was gone. Not only had he left the room, but he didn’t even say “good-bye”!

I had a great deal of respect for him before this incident, but as soon as I realized that we weren’t important enough to receive so much as a “thank you” or a “good-bye,” my opinion of him plummeted. If you are going to set the expectations for others to follow, you need to set the example. This showed a total disrespect for our time and efforts, as people and as professionals. If you are going to show up, be present.

Both women exhibited exemplary traits and achieved excellence. However, disrespect from a cavalier boss deflated them, rendering them incapable of giving their best in their then-current jobs.

Half the battle is acknowledging the problem. We’ll look at the prescription in the next article.