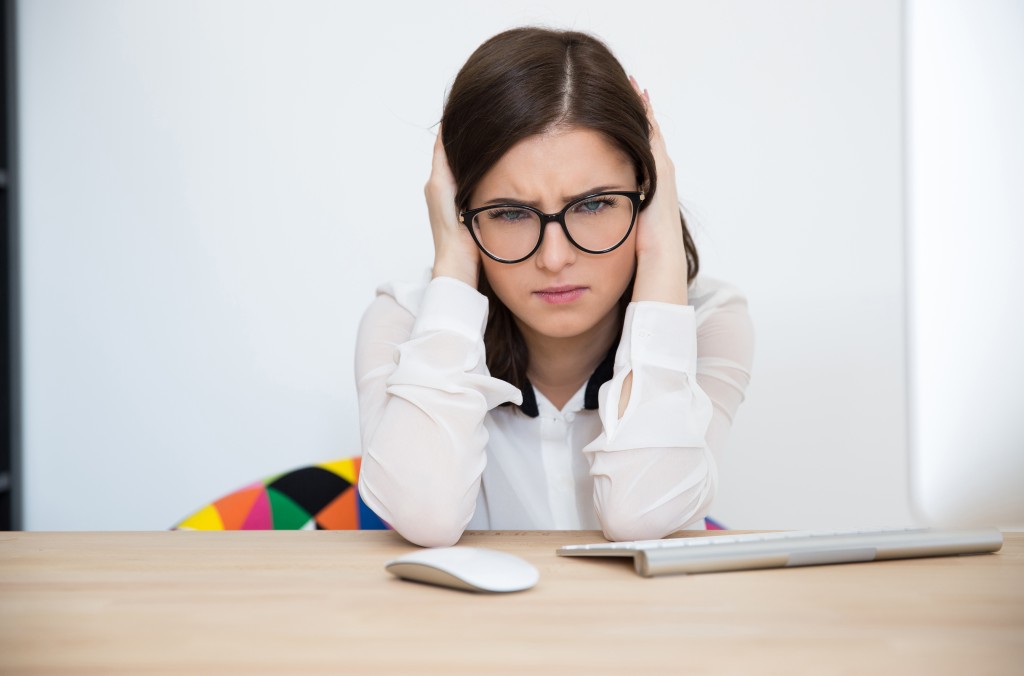 The Monday-morning heart attack is more than a myth. Studies published across the globe in the European Heart Journal, the American Journal of Hypertension, the British Medical Journal and others confirm the heightened incidence of heart attacks on Monday morning.

The rise in heart-attack incidence coincides with the return to work after the weekend. According to the American Institute of Stress, “Increased levels of job stress as assessed by the perception of having little control but lots of demands have been demonstrated to be associated with increased rates of heart attack, hypertension and other disorders.”

Workplace stress takes a toll on the entire workforce, not just the individual, and it results in loss of productivity, employee turnover and a toxic work environment.

A Major, but Curable, Disease in the Workplace
Whining, moaning and griping are prevalent in society and contribute significantly to the toxic workplace. Much of the stress at work can be mitigated by eliminating complaining, and management can take simple steps to alleviate complaining.

A Complaint Free World
A few months ago, I stumbled upon Will Bowen’s eye-opening, keynote presentation to an audience of educators. I was intrigued, so I enlisted the help of a colleague to try to eliminate complaining from my life. After several false starts, we did it—21 days without complaining. Below the video, you’ll find an extensive review of this fascinating presentation.

Bowen, the program’s creator, is a pastor, international speaker, consultant and frequent TV guest who works with companies and organizations around the world to transform them into happier and more productive workplaces. He’s also an international best-selling author and CEO of A Complaint Free World, a nonprofit organization that endeavors to stamp out complaining. Unlike many motivational speakers and consultants, he offers practical advice you can act on right now.

What Is Complaining?
Bowen uses the dictionary definition, “To express grief, pain or discontent.” As you stop uttering complaints, your mind shifts and you become happier. He likens complaining to bad breath: “You notice it when it comes out of someone else’s mouth but not so much when it comes out of your mouth.”

Complaining starts out tame and escalates until it spirals out of control—one-upmanship. Bowen refers to it as a competitive sport. One of his strategies is to nip it in the bud before a molehill becomes Mount Everest.

Negative Effects of Complaining
According to Bowen, “In most cases, the higher you go in a company, the better the attitude.” The attitude trickles down, so management needs to set the example to avoid the negative effects. Complaining:

Why People GRIPE
Robin Kawalski, Ph.D, professor of psychology at Clemson University and author of Complaining, Teasing, and Other Annoying Behaviors, wrote her doctoral dissertation on complaining. She identified five reasons people complain. Bowen suggests using the acronym GRIPE as a handy reminder of the five reasons. He provides a simple response to shut down each type of complaint.

Response: “So, what’s going well in [your life, your department, with the project, etc.]?”   They’ll tell you what’s going well, or they’ll walk away. Bowen like this one because, “Either way, you win.”

Response: “[Hypothetically,] if it were possible, how might you do it,” is the reply Bowen borrowed from motivational speaker Tony Robbins. Keep repeating the sentence until the complainer responds.

Response: When two people are complaining over an issue in a power play, refuse to get involved. Bowen recommends saying, “Sounds to me like you two have a lot to talk about.” They’re talking to their superior to gain power over the other. They’re not talking to the one person with whom they could work out the disagreement or reach a mutual conclusion.

Response: “How do you plan to improve next time?” That puts the focus on next time and sets up the employee to be accountable in the future.

How to Address a Grievance Positively
Bowen says that most complaining carries the tone, “How dare you do this to me?” To receive a positive outcome from a grievance, he suggests:

Bowen used a common example: Suppose you’re dining in a five-star restaurant and you order a steak medium-well. When your dinner arrives, the steak is cooked medium-rare. It should be obvious that the last person you want to offend is someone who handles food you’re going to eat, but many people use the “how dare you” tact in this situation. “I ordered this steak medium well and YOU served me a medium-well steak. If instead, you tell the server, “You’re probably not aware of this since you didn’t cook the steak, but it’s medium-well instead of medium-rare,” you’re likely to get a complimentary dessert for your trouble.

The Road to a Complaint-Free Workplace
The average person complains 15–30 times a day, without even realizing he or she is complaining. Using this simple program, most people eliminate complaining within four to eight months.

That’s it. That’s all there is to it. A few days after a workplace starts the program, a funny thing happens. Managers begin to hear, “I’m on Day Three. What day are you on?” Team members begin competing to see who can go the longest without complaining.

Bowen cautions against getting discouraged. Everyone will have to switch the rubber band from wrist to wrist multiple times. He describes the four stages on the road to becoming complaint-free:

The workplace will never be free of challenges, but when complaining is minimized, coming to work is more enjoyable—even on Monday morning.
Visit A Complaint Free World to learn more.