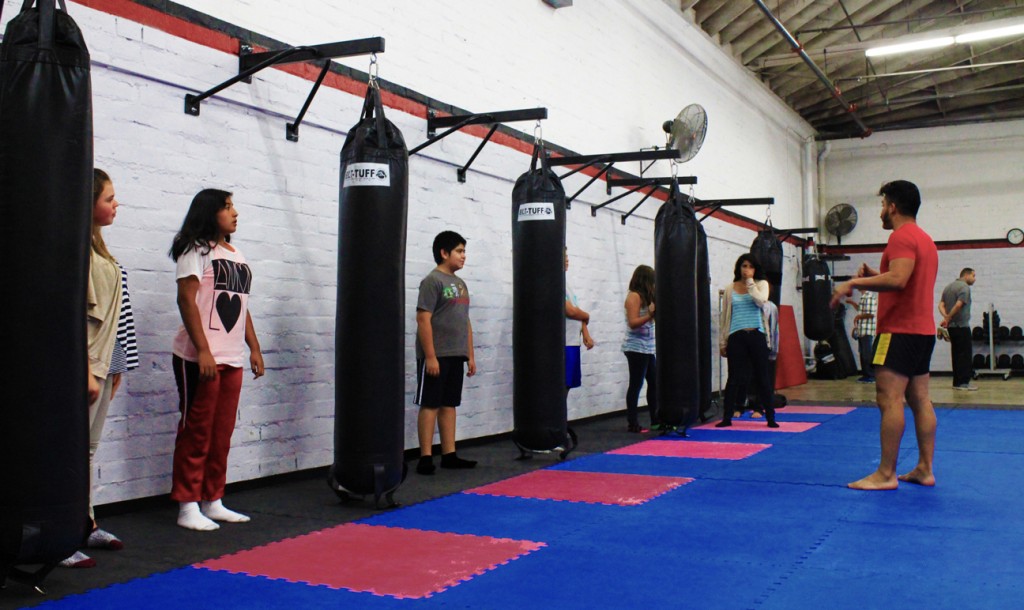 When you first enter Old Town Fight Club, the creation of owner Alek Loarca, you’re struck by the fact that this is no ordinary gym. The eclectic atmosphere belies its purpose: to train and condition people to champion the fight of life. Don’t let the modern ambiance fool you; the training is classic and combines self-defense with discipline. 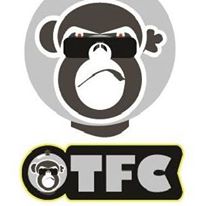 The club’s definition of a champion sets it apart. Old Town Fight Club has no intention of turning out mixed martial champions. Its mission is to turn out life and business champions. In describing his clientele, Loarca calls them “normal people who want a little something interesting. We even attract computer types.”

The 6,000 square-foot facility houses classes in Brazilian Jiu-Jitsu (BJJ), Muay Thai, boxing, women’s self-defense, mixed martial arts, kids’ martial arts, strength and conditioning as well as personal training. Loarca has not only designed the gym and the curriculum, but he has built everything in it. “I don’t hire instructors; I hire program managers.” Loarca employs people who will own their ‘sport,’ who will take the ball and run with it.

Catch Me If You Can

Old Town Fight Club is the product of the mindset and lifestyle Loarca acquired through travel. He’s toured and worked in 40 countries to date, and he’s fluent in English and Spanish. In addition, he speaks some Portuguese, Thai and Indonesian. We caught up with him as he was preparing to leave for Israel and Egypt to conduct seminars. 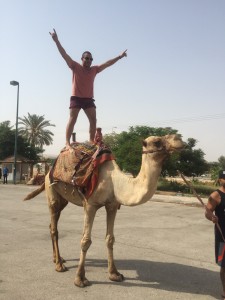 Loarca started his martial arts training in Taekwondo and boxing at the age of 12, Muay Thai at 16 and, at 21, he began competing. During his 10 solid years of travel, he supported himself by pursuing design jobs in marketing, and no one knew he was also training in the martial arts. “I never pursued championship belts,” he said. It was acquiring the mindset of a fighter that attracted Loarca to the martial arts. He credits the self-defense he learned through martial arts with saving his life several times while traveling.

As Loarca traveled, he was helping other people build their gyms and build their dreams. One day, “I read an article that said [the martial arts business] could be a billion-dollar business,” he said, “and I thought, ‘Well, why not me?’”

A Gym is Reborn

Loarca passed through Southern California on his way to relocating in Hawaii, but a life-changing event occurred on the way to the islands. He reunited with a friend who was an instructor at a gym that was in financial trouble. The gym owner wanted Loarca to help with marketing. Instead, Loarca managed to buy the business and stay on the mainland.

The club had been through five owners before Loarca came on board two years ago. Since taking ownership, membership has quadrupled. His teams have solidified according to country of origin—for example, you’ll find a Brazilian instructor (program director) for BJJ.

“I didn’t want to make the gym about me. The sport is global; the conversation is global. The sport is made of thousands of different interpretations. When I go someplace new, I find something new every single time. I’m 50 percent fighter and 50 percent business owner. I’m here to build an empire—making money, having fun and making an impact in the community,” Loarca said. 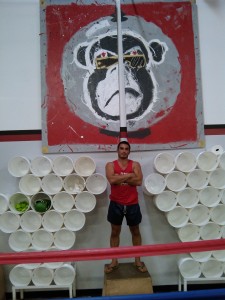 “The gym is fitness based, and the classes are designed to make [its members] fight-fit. It’s not about being a fighter. Fighting is simply the vehicle. The addiction is the fitness and conditioning. It’s like learning a new language,” Loarca says. Each success produces more success. Even in loss, Loarca is optimistic: “When you lose, you win when you try again.”

When the building owner doubled his rent, his business license and insurance were up for renewal at the same time. “They were going to close the doors on us,” but Loarca thought about how he would make it work, and he dug in his heels instead of running for cover. “Was I going to be the guy who just talks, or was I going to take action? I had to get creative, so I added a physical therapy section, and I forged a relationship with a local juice bar. I just kept moving forward.”

“I’ve had over 30 businesses in different countries. This is the first business I’ve had where it all came together, said Loarca. “I always remember to look back to see how far I have come,” he added. “And, don’t get me wrong; I’m not wealthy.” Perhaps not in the strictest sense of the word, but Loarca is extraordinarily wealthy in other ways. “I’ve been blessed in everything I’ve done, but this wasn’t an easy fight. The hardest fight is in opening your own business—that’s the championship belt. It’s about being a champion businessman.”

Quick action and marketing skills are the not the bedrock of Old Town Fight Club’s success. While traveling, Loarca always found a way to give back to the host community. Paying it forward has become his key guiding principle. He offers five community-based outreach programs: scholarships for vets with PTSD, an anti-bully program, free lectures for communities, free women’s self-defense classes once a month and boxing for Parkinson’s patients. 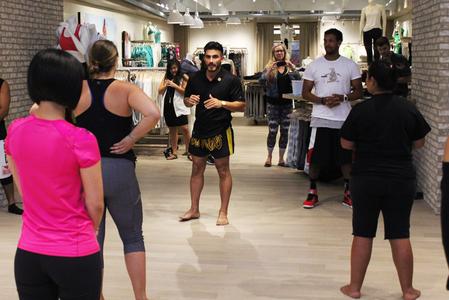 In addition, he serves as a mentor to Luke, a 10-year-old student to whom Loarca has extended a complimentary membership. He instills life skills such as “the world is bigger than you” as well as training and conditioning Luke in physical fitness. Luke is more than a “kid he mentors.” He is Loarca’s little buddy, and in the near future, Luke and his father will accompany Loarca on a trip to Brazil. 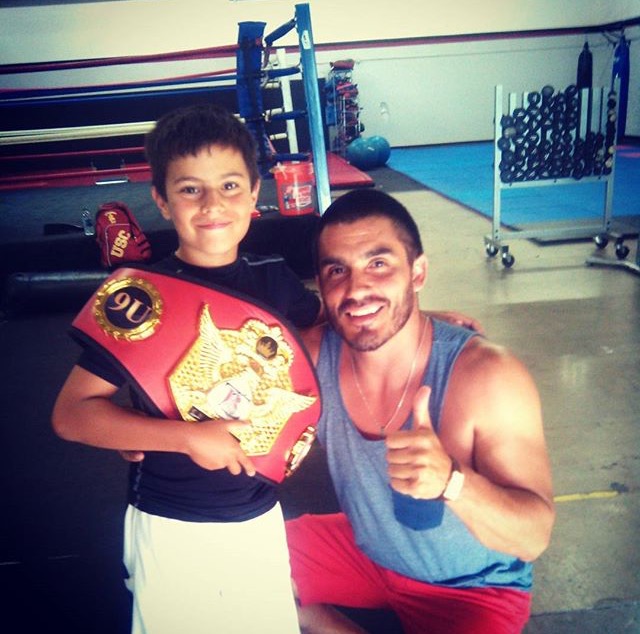 His pay-it-forward model has rewarded the gym handsomely. While not the intent, the outreach has attracted many new members to the club.

Currently, Loarca is writing a book about the spirituality of the fighter. You might call him a Renaissance Man. “James Dean, Indiana Jones and Andy Warhol, all mixed into one,” is how one friend describes him. That’s what he brings to the gym, and it’s what the gym brings to its members.