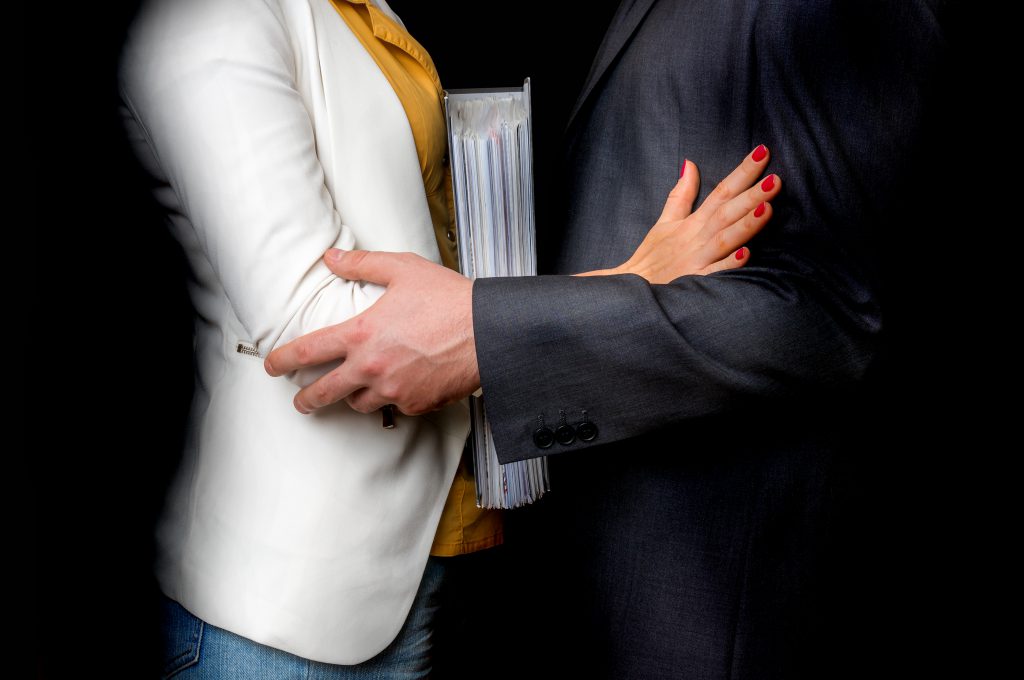 As the list of outted perverts grows, it makes you wonder if it would be easier to create a list of people who don’t sexually harass or inappropriately touch people over whom they have power. At the same time, it seems that men are in danger of having their every glance and utterance cataloged to prove harassment. It doesn’t help that everything has become a microaggression.

Over the past couple of months, the floodgates have opened on Hollywood and the media. All those trusted names have spent their last bit of capital in their unveiling, and they’ve been tossed aside.

We have just learned that Congress plays by a different set of rules (often no set of rules) even though people in places of authority are supposed to be held to a higher standard. It seems they have instituted a ritualistic shaming of their victims, which includes counseling. If the victim makes it through that hurdle, they might qualify for secret, taxpayer-funded payoffs.

Have we lost our collective minds? Where is the sense of justice? Has Lady Justice smashed her scales, or are those scales about to be rebalanced?

What is Sexual Harassment?
We can all agree that unwelcome touching is inappropriate—period. The term “harassment,” however, is a little vaguer. The Equal Employment Opportunity Commission (EEOC) defines sexual harassment as: “Unwelcome sexual advances, requests for sexual favors, and other verbal or physical conduct of a sexual nature constitutes sexual harassment when submission to or rejection of this conduct explicitly or implicitly affects an individual’s employment, unreasonably interferes with an individual’s work performance or creates an intimidating, hostile or offensive work environment.”

Further, “The harasser can be the victim’s supervisor, an agent of the employer, a supervisor in another area, a co-worker, or a non-employee.” Emphasis added to “can” because words have meaning. Contrary to what you might have been led to believe, the harasser does not have to be a worker’s superior. Unfortunately, many believe the myth, so they endure harassment from their equals, subordinates or customers.

It Gets Tricky
Sexual harassment takes several forms, and all do not include touching. General harassment of a sexual nature can fall under this wide umbrella. For a complete discussion on the legal variations of this crime, visit uslegal.com. While men often initiate the harassment, women can also be perpetrators.

YouGov recently conducted a survey to determine what men and women believe constitutes harassment. The graph also compares answers by age group, which will go a long way to explain my own story below. As you can see, many in the older group consider some forms of harassment to be innocuous forms of attention.

Unfortunately, many serious forms of sexual harassment fall under the category of “he said, she said.” Worse, many human resources departments turn a blind eye to complaints, and in some workplaces, it is understood that those who report instances of sexual abuse set themselves up for repercussions from management.

What Can You Do?
Many believe in second chances. If you fall within that category, and the offense is a minor one—an off-colored joke, for instance—you can confront the person in a no-nonsense fashion. Explain that you are giving the person this one and only pass. That might suffice.

I had an instance on the aircraft many years ago where a first-class passenger harassed me for hours on end. When he finally touched me, I reached the end of my patience. Touching was always the line too far for me. This is a classic example of how not to handle harassment in today’s environment.

I took matters into my own hands. The movie was playing, so I handled it without causing a scene. I leaned over the passenger’s seat, grabbed him by the collar and told him to follow me to the galley. I poked his chest while explaining that I had to study for midterm exams once we reached our destination, and I didn’t have time for paperwork. He had a choice—return to his seat, fold his hands and act like a choirboy for the duration of the flight, or I would have the police meet the flight—his choice. I ended with, “Have I made myself clear?” I had. He did fold his hands, so I didn’t offer him anything else once the movie ended. I simply ignored him.

Back in the day, most flight attendants would have put up with more than I did. He could have written up the incident, but I didn’t care. I never heard a word about it.

When You Report…
Expect pushback from everyone, including your own family. Charity starts at home after all. You’ll hear, “Are you sure he really meant to [fill in the blank]? Perhaps you have misinterpreted the situation.” Expect it and prepare yourself for it.

Forbes reports that you should not expect anonymity. These matters are rarely kept quiet. The mission of the HR department is to protect the company, not the employee.

Co-workers and superiors can change their attitudes toward you overnight. Expect all extraneous chitchat to end. Your once superior performance will probably be a thing of the past—at least on paper. Expect your every mishap, including perceived and invented mishaps, to be recorded.

If you get no satisfaction from HR, your final step is a legal one.

Taking Legal Action
All legal actions fall within the purview of the EEOC under Title VII of the Civil Rights Act.

By now, you see the problem. The victim is further victimized by the process. How else could sexual harassment spiral out of control to the extent it has?

The Flip Side
After spending time on the internet reading about what people believe is sexual harassment, it’s necessary to add that when every act (such as holding a door open or helping someone out of a taxi) is considered a microaggression, people are less likely to believe a victim when a real “macroagression” occurs.

Expect the landscape to change and for new laws to be enacted that protect the victim. Today’s process is cumbersome, however, that can change if enough people raise their voices.