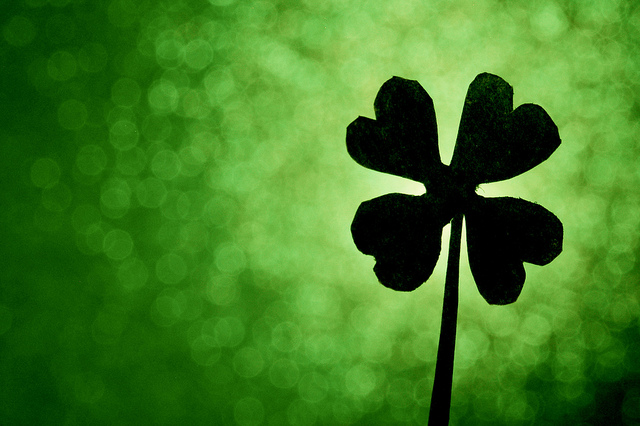 Over the last few decades, sociologists and behavioral psychologists have been conducting research into business success. Some of the most controversial research has been centered on the arguments framed by Malcolm Gladwell, a respected author whose thought-provoking book Outliers: The Story of Success suggests that luck has a lot to do with business success.

Unfortunately, Gladwell’s observation and research have been widely misunderstood. Gladwell chooses subjects who have experienced monumental success, people such as Bill Gates and Paul Allen, founders of Microsoft. It so happens that these two talented and hard-working individuals experienced a series of lucky breaks in their respected lives; however, they understood how to work those lucky breaks to their advantage.

It is easy to argue that Gates and Allen may not have enjoyed the immense success of Microsoft if not for their lucky breaks; nonetheless, Gladwell is the first one to point out that the lucky events were not on the scale of hitting the lottery jackpot. Luck has played a part in some of the most legendary stories of business success, but this does not mean that entrepreneurs have to give up hopes of making it big some day.

Luck being a part of entrepreneurial success is one of various misconceptions about business. Another misconception is the incorrect comparison of business to a zero sum game. Let’s say you organize a three-on-three basketball tournament with a twist: you collect entry fees to come up with a $200 pot to bankroll the tournament, but teams can only make $20 with each victory. The teams are matched up by means of a lottery and the tournament ends when the $200 runs out; this would be a zero sum situation whereby a game won represents a financial gain for the winning team and a loss to the opponents.

While it is true that Wall Street is a zero sum game, this is a financial market fueled by speculation, and thus not exactly a business. It is safe to say that business is not a zero sum game because business is not like the hypothetical three-on-three tournament mentioned above. Business is more like each season of the NBA with professional teams knowing that they must win as many games as possible to make it to the playoffs and the finals.

With regard to luck, the following misconceptions can be dangerous for business:

Malcolm Gladwell is not an enemy of hard work, but he dislikes the hyperbolic marketing used to sell “proven entrepreneurial strategies.” Gladwell fully believes in hard work; in fact, he is an advocate of people who dedicate at least four hours a day to certain activities such as playing a musical instrument.

Luck belongs in the superstitious plane and should remain therein. In the business world, luck is nothing without the hard work and determination that must be applied on a daily basis.

Business owners are better off taking chances constructively than waiting around for luck to materialize. Failure to take chances and to nurture ideas is similar to procrastination; after all, lucky breaks are often the result of people taking their chances on something.

Going above and beyond is something that sets successful people apart. Business owners who set out to produce more than what is normally expected are more likely to succeed than those who choose to somehow get by as they wait for Lady Luck to tap their shoulders. It is easier to work towards objectives that are considered to be average or median production levels; however, this is not conducive to success.

Business owners may not have influence over the regional economy, but they can control what happens within their companies. When the American housing market collapsed around 2008, many real estate professionals cursed their bad luck and retired from the sector while others took things in stride and specialized in foreclosures and short sales. Market conditions are not constant; it is up to business owners and entrepreneurs to adjust accordingly.

In the end, luck is an elusive factor that can never be guaranteed or expected. Business owners do not have to wait around for luck to grace them; success has never been a matter of only having luck.