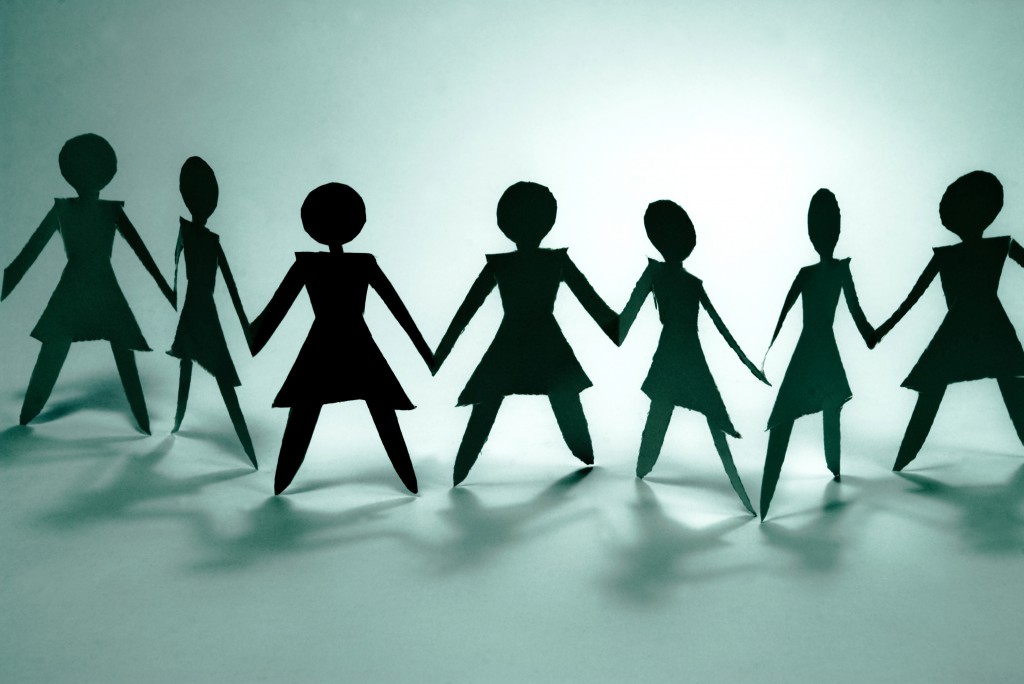 You might not know their names or background stories, but America’s self-made businesswomen are breaking through the glass ceiling in every sector and industry. Oprah Winfrey’s extraordinary rocket to fame and fortune is well-known. Many lesser-known businesswomen have left their imprint on the American business scene. Because their names usually appear in business publications, fewer people are aware of their successes and background stories. The five women below are of varying degrees of celebrity started at square one and made it big. Each of them can serve as inspiration to someone out there—maybe that someone is you.

Tech Maven and One-Time Gubernatorial Hopeful
A member of the $1 billion+ club, Meg Whitman comes from a well-to-do family, but she earned her stripes the old-fashioned way—through hard work. After earning an undergraduate degree from Princeton and an MBA from Harvard, she worked for Proctor & Gamble in brand management. 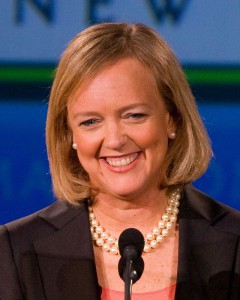 Before coming to Hewlett-Packard (HP), Whitman served as president and CEO of eBay. During her tenure at eBay, she became a power seller and required top executives to sell on the platform. Whitman wanted her top lieutenants to experience the service from a seller’s perspective, and it paid off. Top management also interacted with sellers on message boards and at annual meetings.

Whitman’s understanding of the customer helped her lead eBay from $86 million to $7.7 billion in revenues while she was at the helm. In 1998, she oversaw the company’s successful IPO.

It wasn’t all roses and sunshine for Whitman. The purchase of Skype, her well-publicized blunder, cost eBay a $1.4 billion write-down. After leaving the company, she ran an unsuccessful campaign for governor in California.

In 2011, Whitman came back to the business world and took the reins of HP as its CEO. Last November, the company was split into two companies, with Whitman leading the new Hewlett Packard Enterprise. She is in charge of business hardware—servers, storage, networking, converged systems—software and services. In addition, she oversees its OpenStack Helion cloud platform. The second company, HP Inc., handles consumer products—PCs and printers.

It Was a Man’s World
Venture capital remains one of the last frontiers for women. A recent LinkedIn article shows the demographic breakdown of venture capitalists and illustrates a stunning lack of diversity in the sector. Women account for only 11 percent of partners at venture capital firms. Other sources place the estimate as low as 6 percent. 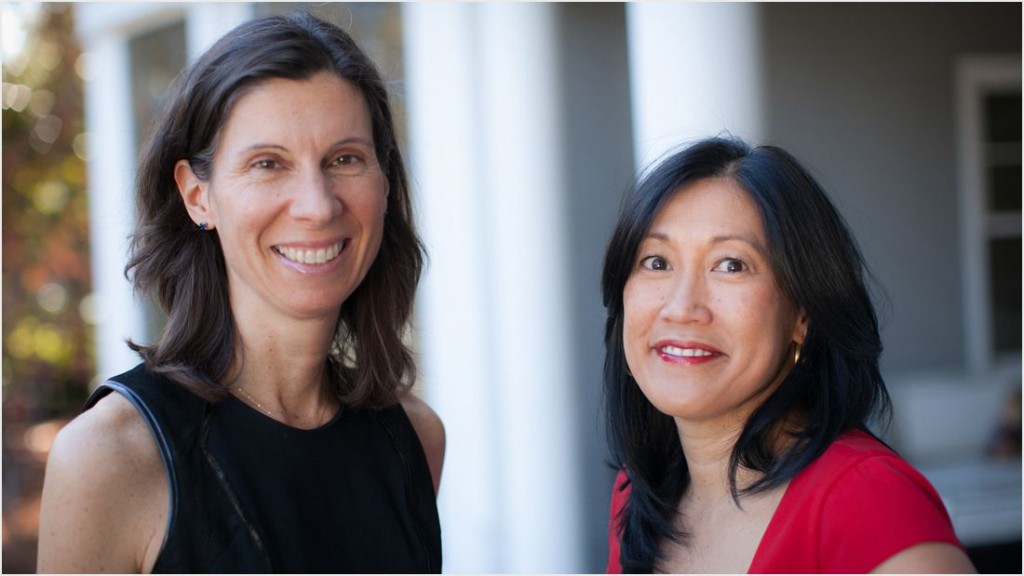 Both previously served as managing partners in venture capital firms, and Gouw is an engineer. Both have prior experience in entrepreneurial ventures, and both are working mothers, among the myriad hats they wear.

Their goal is to fill the void between Kickstarter-style capital formation companies and the big funds that invest in well-established companies.

It has been reported that 40 percent of their portfolio, represents tech startups and firms founded or co-founded by women. That’s double the national average of women-owned companies receiving money from venture capital firms. Among the score of companies in which they have invested, you might know the names Trulia, Birchbox and Hotel Tonight.

Aspect closed its first $150 million deal in 2015. TechCrunch reported that the fund will invest primarily in security, health and millennial mobile services.

The firm embodies the startup culture, and Fonstad and Gouw are building diversity into the Silicon Valley culture by embracing it in their own firm.

A Rose by any Other Name…Shapeware
If you thought women threw off their girdles for good in the early 1960s, think again. A rose by any other name…is now called shapeware. Yes, girdles have morphed into shapeware. And, as American waistlines increase, so does the sale of shapeware. Spanx, the creation of Sara Blakely, has taken the market by storm. (Yes, I know this firsthand!) 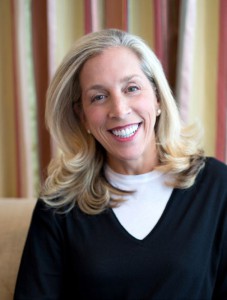 The idea for Spanx grew out of the former Disney World greeter’s need for something to wear under white pants. What woman hasn’t cut the feet off a pair of pantyhose to wear with sandals in the summer? Blakely saw the need for herself and acted on it. Why didn’t any of us invent a proper pair of footless pantyhose? We had the same need and let the opportunity pass, but we line up to buy her product.

Blakely went to hosiery mills in North Carolina hoping to sell her idea, but one by one they turned her down. Some laughed at her idea and the fact that she wasn’t financially backed by anyone.

In the meantime, Blakely knew she was on to something, so she patented her invention. She didn’t have enough money for a patent attorney, so she did the research and eventually wrote her own patent.

After returning home from North Carolina, she received a call from a male mill owner who liked the idea. His daughters convinced him that Blakely’s idea would be a winner.

Blakely launched the company with a mere $5,000. She started with a line of footless pantyhose. In the beginning, Blakely worked out of her Atlanta apartment.

One day Oprah Winfrey called and wanted to film the Spanx team in their workplace for her “Favorite Things” show. Blakely knew she couldn’t invite the film crew into her bathroom—her fulfilment center at the time—so she borrowed an office, lined up a few friends to act as employees and faked a company that didn’t exist beyond herself and her product.

The company’s offerings have grown to include all forms of shapeware from traditional underwear to full-body shapewear, slips, camisoles and yoga attire.

In 2012, Blakely was named to Time magazine’s Time 100 list of the World’s Most Influential People. Forbes places her in the 17th position on their real-time list of “America’s Richest Self-Made Women,” with a net worth north of $1 billion.

Blakely has taken “The Giving Pledge,” created by Warren Buffett and Bill Gates, as the first woman to pledge half her fortune to charity. In her pledge letter, she said, “I pledge to invest in women because I believe it offers one of the greatest returns on investment.”

Blakely’s site distills her secret to life and success succinctly, “Putting your butt on the line pays off.”

From Princess to Fashion Designer
Diane von Furstenberg claims the No. 34 spot on the Forbes list of America’s Richest Self-Made Women. She’s worth an estimated $450 million, and while she hasn’t cracked the $1 billion mark, she’s left her inimitable mark on the American fashion scene. A naturalized citizen, she owned the 1970s fashion scene with her iconic wrap dress. 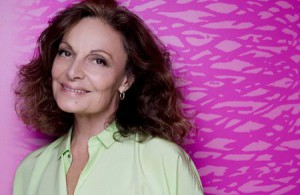 Once married to a prince who was heir to the Fiat fortune, von Furstenberg was a princess during her marriage. While living in New York with her prince, she began designing clothing on her dining room table. She managed to open a New York showroom with a $30,000 loan from her father. With the introduction of her wrap dress, she became an instant success. She calls this the “American Dream” phase of her career. A million dresses later, she landed a Newsweek cover before taking a hiatus from fashion.

Demand for the wrap dress had declined in the mid-1970s, and after a near-brush with bankruptcy, she moved back to Europe, where she founded a French-language publishing house and authored several books. While she was abroad, she worked with QVC, which she used as a confidence builder. Once she re-established her fashion bona fides, she moved back to New York.

Fashion trends come and go. Wait long enough, and everything comes back into vogue. Once von Furstenberg resettled in New York, she began to see her wrap dress on young women. They were buying them in consignment and thrift shops. Taking her cue from these observations, von Furstenberg’s relaunched her fashion business in earnest, and her company and wrap dress both made a dramatic comeback. DVF, as her company is known today, has expanded to include an entire line of clothing, accessories, jewelry and leather goods.

A new generation of women has learned of her line thanks to her reality show, House of DVF, on the E! Network. On the show, contestants vie for the position of the next DVF Global Brand Ambassador. In addition to the job, the winner is awarded a new, custom Fiat reflecting the DVF brand.

What’s Their Secret?
There isn’t one secret to the success of these women; there are several common threads that weave through their stories. They are well educated. Some are self-educated, and some have postgraduate degrees in areas that have catapulted them up the ladder to success. They know their business, their markets and the best way to engage their prospective buyers.

All five of these self-made businesswomen are determined and ruthless in their quest to overcome adversity. When they’re faced with problems, sometimes they find it better to take a detour around them than to plow straight through them—whatever it takes.

They ask no special favors or consideration. They just do what it takes to get the job done. They. Just. Do. It. And, they give of themselves, investing in their communities in traditional or imaginative ways because they know that by giving back, they create an ROI for all of us.