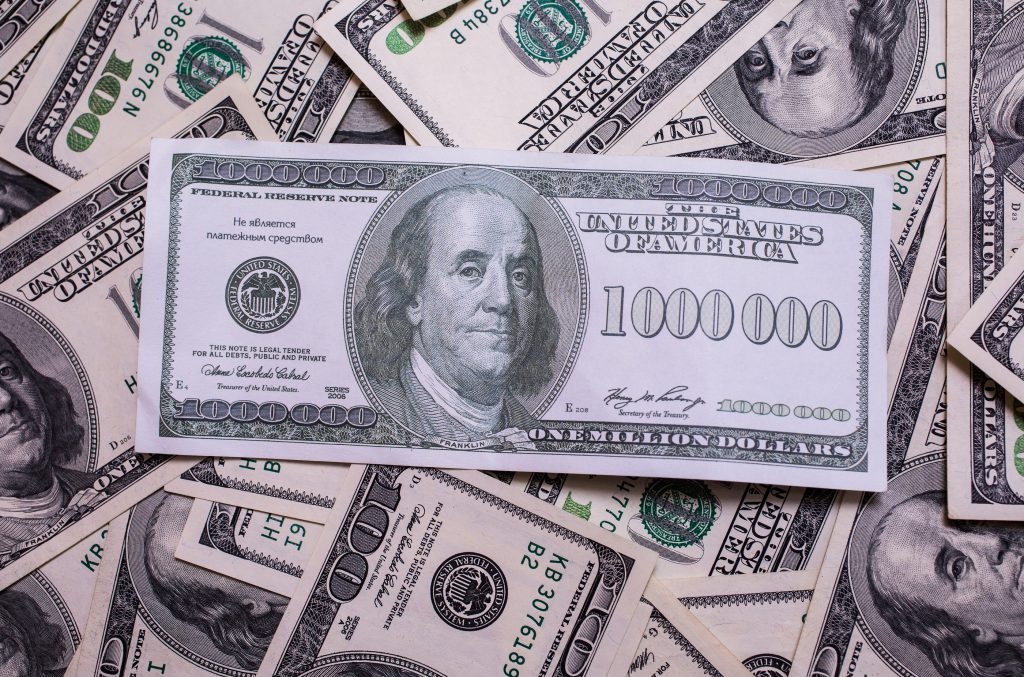 We’ve hammered at the theme of disruption on this blog, but we’ve avoided going full-tilt crazy—until now. Today’s your lucky day because, in the spirit of the holidays, we’re spreading around crazy—crazy ideas that paid off big time.

Today’s gazillionaires combine crazy with technology and disruption, and they sprinkle in a dash of luck. They’ve all had large cash infusions from venture capitalists, investors and/or angels. They started services like Google, Facebook, eBay, Uber, PayPal, etc., once-crazy ideas, thought of as fly-by-night or downright lunatic. Now those companies are mainstream and mundane. We take them for granted and hardly remember a time when they didn’t exist. But they began as crazy, and they brought untold wealth to their creators. One common thread in these ventures is that once the ideas caught on, they took on a life of their own.

What if you only need a cool million or two to see you through life? Instead of combining all the ingredients in the gazillionaire recipe, just think crazy. For a mere million, all you need is a website, a PayPal account, minimal startup capital and one brilliant idea. Pour a glass of wine, kick back with your favorite tunes and let your mind wander with abandon.

5 Crazy Ideas That Paid Off BIGLY

For inspiration, we offer five crazy ideas in Part I to get your creative juices flowing. Read through the real-world instances below, follow the instructions above and let your imagination take it from there.

1. Uber of the Skies
The ultimate play toy of the rich and famous is a private jet. The ability to rent a jet runs a near second for those who don’t need to fly often. NetJets fills that need in the United States, Europe and China, but India had no such service.

India’s 300 private jets and helicopters were managed by around 250 small companies operating one or two machines each, and it was an ordeal to find an aircraft to rent. Kanika Tekriwal, a 28-year-old cancer survivor consolidated many of these services under JetSetGo by managing and operating her customers’ jets, providing crews, food and servicing the aircraft in exchange for the ability to rent the planes and helicopters when not in use by their owners. Her company handles the marketing for aircraft rentals as well. This arrangement turns owning an aircraft from a money pit into a profitable revenue center for the owners and for her company.

Takeaway: Apply an idea from one industry in a sector (Uber) to a related industry, and make it a win/win for everyone involved.

2. A Pixel for Your Thoughts
While the death of traditional advertising has been overrated, it is in decline. According to Forbes, ad agency profits are tumbling while the reverse is true for digital marketing.

In August 2005, Alex Tew joined the ranks of other students who needed to raise money for college, but he did it the old-fashioned way—he earned his tuition. Tew created the Million Dollar Homepage consisting of 1 million pixels, arranged in a grid of 1000 square pixels. Each pixel cost $1, and they were sold in blocks of 10 x 10. Each image was linked to the advertiser’s home page and when the user hovered over the image, a slogan or short description was visible.

Takeaway: Make something prohibitive (advertising) accessible to all, and make it unique so that its impact exceeds its cost.

3. Easy Come, Easy Go
Buying and selling domains has been around since the inception of the internet, but you can still profit from it. Details of flipping a site are simple, but finding the right name is the devil. Location (branding + domain name) is every bit as important on the internet as it is in real estate.

You can buy a website for a song at any of the providers. All the “common” names went long ago, and your buy must be timely. It helps if you’re a news junkie and you live for bleeding-edge developments. You want to catch a wave at the very beginning. If you do, there’s a fortune to be made. Just look at some of these crazy-rich figures:

Those were snapped up long ago. Today, 3Dprinting.com is a simple site that sells its 40 printers to a small market. Once the industry takes off, Robert Dehue, the owner, will become crazy rich selling 3D printers—or he’ll sell to a big company who will pay a fortune to dominate the industry.

Takeaway: When you hear a new term on the news, grab it. It’ll cost you less than $20 to get started. Choose one- or two-word domains. Then, when the rest of the world catches the wave, you can win in one of two ways—by selling merchandise or flipping the site.

4. One Person’s Trash…
Art lives in the eye of the beholder. What would you pay for a piece of paper that you could have wadded up and put in a bamboo box? To be fair, Origami Boulder Company includes an original haiku written on the wad. There’s a catch: if you straighten the paper to read the poem, you’ve destroyed the “art.”

For those who want a custom piece, you can send your own paper—Enron stock certificates, marriage licenses from unions gone bad, etc.

There’s no dollar figure attached to this venture, but it’s been around since at least 2002. Mr. Barnum’s adage applies, so there’s a chance the owner is laughing his way to the bank.

Takeaway: “Ridiculous” spawns crazy rich—if you give it an artsy name.

5. Steal This Card
Everyone loves hearing other people’s secrets. Frank Warren capitalized on the idea by publishing books full of other people’s deepest, darkest secrets. People from all over the world mailed homemade, anonymous postcards to him that contained one secret. People jumped at the opportunity. First, he published these homemade postcards on his PostSecrets website, and then when he had collected enough for a book, he published his first best-selling book.

The project continues with periodic releases of new PostSecrets books; to date, Warren has donated over $1,000,000 to suicide prevention. He was awarded the Mental Health Advocacy Lifetime Achievement Award in 2011.

Takeaway: If you can’t leverage other people’s money, you can leverage their ideas.

Stay tuned for more crazy ideas in our next installment. In the meantime, we’d love to hear crazy ideas you’ve come across.