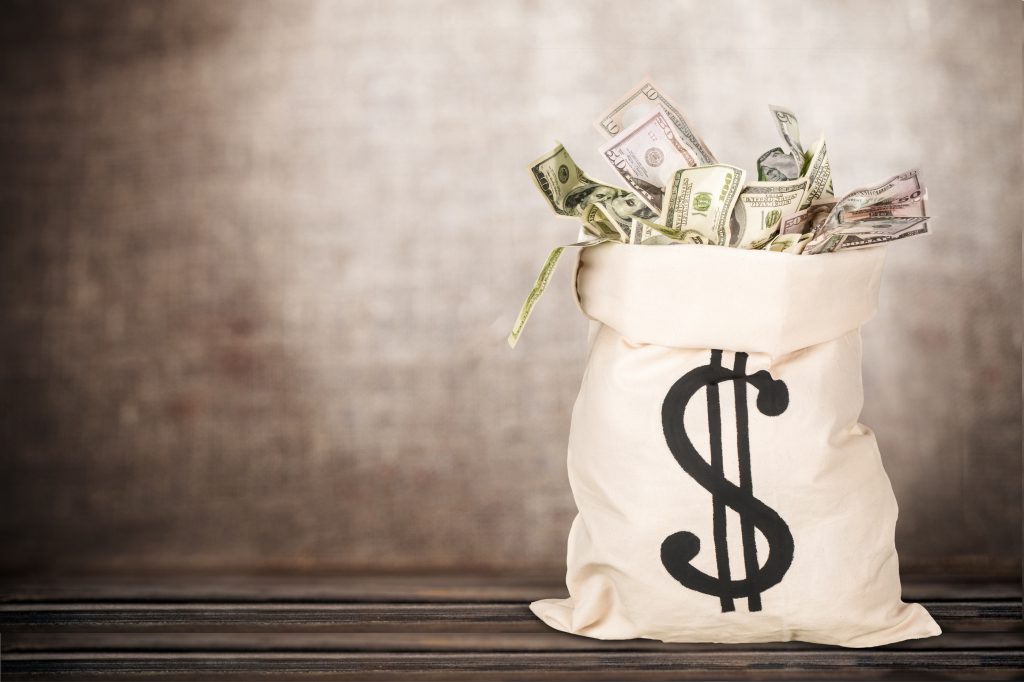 If you missed Part I of this opus, start there before diving into Part II. In the first article, we covered five crazy ideas that have netted their creators a small fortune. Let their successes spark your creative juices if you’re so inclined, or just enjoy the ride.

5 More Crazy Ideas That Paid Off BIGLY
What’s your definition of crazy? Remember that what was once thought of as crazy can become a household word. Or, it might be as simple as an imaginative twist on the ordinary.

1. One Red Paperclip
Who says it takes money to make a fortune? Kyle McDonald proved it takes only one red paperclip and a mind for the art of the deal. It took the unemployed 26-year-old 14 trades and a year of his time to parlay his solitary paperclip into a farmhouse in Kipling, Saskatchewan, Canada. The idea came from the game, Bigger Better, which has evolved from a childhood game into an adult team-building exercise. The object of the game is to “trade up” to something bigger and better. The out-of-work Canadian blogger met the objective.

It was never part of McDonald’s plan to become an overnight sensation. It just happened.

He advertised his paper clip on Craigslist and made his first trade for a fish-shaped pen. The next trades were for a doorknob, a Coleman camp stove and a Honda generator, which he used to secure an “instant party,” an empty beer keg with an IOU to fill it and a neon Budweiser sign.

Next, he traded the instant party for a snowmobile, which he bartered for a trip for two to British Columbia. Bye-bye trip; hello box truck. The truck trade bought him a recording contract, which he traded for a year’s rent in Phoenix, Arizona.

With the ante upped, McDonald’s trades took a remarkable turn! His celebrity allowed him to connect with A-list celebrities. He traded the year’s free lodging for an afternoon with Alice Cooper, which he traded for a KISS motorized snow globe. Next, Corbin Bernsen took the snow globe off his hands for a part in the 2009 film Donna on Demand. Finally, he was able to fulfill his dream by trading the movie role for his house. Not bad for a year’s labor.

Hear the rest of the details in McDonald’s amusing Ted Talk.

Takeaway: Think outside the box. Take a game and turn it into a livelihood. Life is a game, and you win if you create value for you and your trading partner.

2. Excused Absence Network
Where was this company when we growing up?

In the mid-2000s, Excused Absence Network hung its shingle on the internet. If you needed to skip an English test, a company presentation, jury duty—or even your own wedding, all you had to do was hook up with the network. For $25, truants could purchase a detailed note from a “Dr.” on proper stationary—from a fictitious doctor’s office or a hospital. If you wanted something a bit more creative, you could order a jury summons or a funeral program. The “excuses” were indistinguishable from the real thing.

Unfortunately, the company’s success was its demise. The website went viral. People talked—and talked and talked. Repeat offenders exacerbated the problem as their targets began to catch the whiff of a scam. Once the ruse was exposed, the company vanished—but not before generating untold amounts of cash and a whole lot of fun for its clients.

Takeaway: I wish I could have had… What would you have given for this service when you were in school? Everyone sits around with friends dreaming up products or services they wish they had. Pick one and make it fly.

3. Santa Letters
Have you ever penned a letter from Santa to your children? It’s a nice idea, but it’s a hassle. Once you’ve practiced your handwriting, found appropriate stationery, addressed the envelope, licked the stamp and mailed your creation, you’ve lost half a day. If only you could find someone to take that chore off your hands for a reasonable amount of money.

Enter Brian Reese at SantaMail.org. For a mere $9.99, you can choose 14 personalized letters on linen paper tucked inside an illustrated, gold-embossed envelope with a postmark from the North Pole. You could not have accomplished that on your own. Since 2001, Reece has mailed more than 500,000 letters—and $5 million in revenue. That’s more than $300,000 per year for a couple of months of hard work each season.

Takeaway: What else do parents routinely provide for their children? Why couldn’t you do it for them?

4. Teenage Trader
In 1991, Tim Sykes received $12,000 in bar mitzvah money. His parents thought he’d blow the money, and that would provide him with a life lesson. By the end of 2000, however, the high-school student had turned his investment into $800,000 trading penny stocks. By the time Sykes was 21, he was a self-made millionaire. He figured out how to spot breakout stocks, but he didn’t realize he was riding the boiler-room wave. He caught the waves and bailed at precisely the right moments.

Sykes has had his ups and downs, including a failed hedge fund, but he survived to trade another day. His secret is simple: He bails as soon as a stock doesn’t respond in the way he thought it would.

Today, he runs several businesses and websites, including www.timothysykes.com/. He has taught young traders his strategy through his “Millionaire Challenge,” and has helped three of them attain the million-dollar mark.

Takeaway: Penny stocks are not for the risk averse. Trade with money you expect to lose. If you hitch your wagon to a star trader, make sure he or she has a verifiable track record. Remember, past performance is no guarantee of future profits. That said, no guts, no glory!

5. Snuggie
Who in their right mind would sell a robe you wear backward—a blanket with sleeves? Several people, but Snuggie dominates the market. The idea is humorous, but practical. The humor factor is what separates Snuggie from its competitors and catapulted its sales to over $500 million in five years.

President and CEO Scott Boilen didn’t mind one bit that his product was a joke. He capitalized on the idea, and made it an even bigger joke through dreadful commercials that look like they’re right out of the 1950s except for a few modern conveniences. The press and popular talk shows ate it up. Celebrities donned the Snuggie on national TV, and Snuggie pub-crawls became the rage, garnering even more attention.

Snuggies made their way into today’s anything-goes office environment. It didn’t hurt that The Washington Post wrote an article that mentioned employees wearing their robes to work and used the brand name in its headline. Boilen has spent a fortune on media, but you can’t buy advertising like a headline in one of the nation’s papers of record.

Takeaway: Turn an everyday item into something ridiculous by turning it on its head. Then, make hay playing off the ridiculousness and encourage your customers to promote your item for you until they make it go viral.

Leave a comment and let us know the most ridiculous business idea you’ve ever heard of that has gone viral.