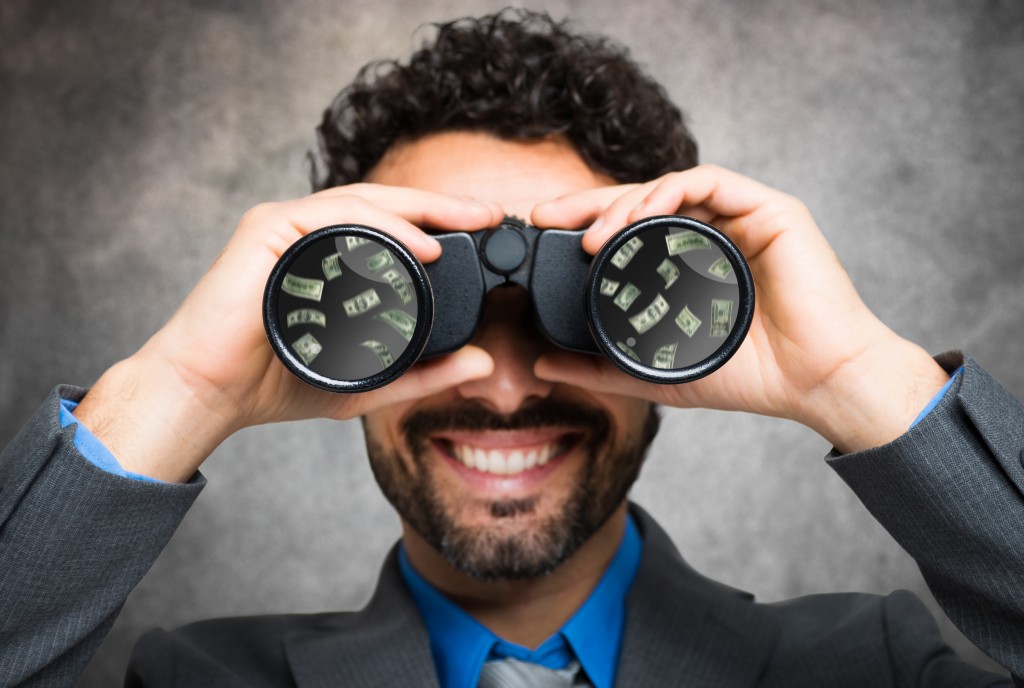 If you’re willing to make sacrifices and cultivate the can-do mindset necessary to become a millionaire, it is probably within your reach. Let’s look at three ways people earn their entrance into the millionaire’s club.

You’ve got two chances to hit it lucky: win the lottery or win the gene-pool lottery.

Just like in the 1994 film It Could Happen to You, you could win a million dollars in the lottery. Some people have won multiple times.

Calvin and Zatera Spencer of Portsmouth, Virginia, hit it lucky in the lottery three times in one month in 2014. Their first win brought them $1 million from Powerball. Two weeks later, they won $50,000 playing the state lottery. The very next day, they hit a $1 million jackpot on a state scratch-off ticket.

Some people are born into a wealthy family, and they inherit a fortune.

Gloria Vanderbilt inherited a fortune from the Vanderbilt estate before making her own millions. She’s made it clear to her son Anderson Cooper, host of Anderson Cooper 360 on CNN, that he won’t receive an inheritance. Cooper is fine with that and has called inherited wealth “an ‘initiative sucker’ and a curse,” according to ABC News.

Attorney Robert Kardashian of O.J. Simpson civil-trial fame left his family $100 million in trust. Unlike some other household names with inherited money, the family is no stranger to hard work. Kim, Khloe and Kourtney, along with their mother Kris, have built their own empires.

Sometimes, people who least expect it come into millions from an inheritance. We’ve all heard stories of people who have extended a genuine kindness to a friend or neighbor who has no family and then received a surprise inheritance in return for their kindness. If you’re lucky, someone might pick your name at random from the phone book. That happened to 70 people in Lisbon, Portugal.

2. Save, Invest and Grow Rich

You have to save some money before you can invest, and you have to get out of debt before there’s much to save. Dave Ramsey and Suze Orman are at the top of the financial guru parade, preaching the evils of debt—especially credit card debt—while preaching the gospel of saving and investing to millions of people.

The envelope system Ramsey advocates is an oldie but goodie. My parents used the system before Ramsey was born (and I used to laugh at them before I turned into them). For expenses such as groceries, entertainment, gas, clothes, etc., you place money in different envelopes each paycheck. When the money’s gone, so is your ability to spend in that category. The system is still popular, and now there’s a virtual envelope system app called Levelmoney.

Both advocate building an emergency fund. Both advocate cutting extravagant expenses to the bone while paying down debt. The major difference is style, priorities and language.

Ramsey teaches his Snowball Method. Pay off the credit card with the smallest balance (even if it has the lowest interest rate) and work your way up to the highest-balance card. This allows you to see progress quickly and keeps you motivated.

Orman advises paying the minimum balance plus $10 on each card. Then, apply leftover money to the card with the highest rate.

Both encourage saving through IRAs, 401(k)s and investing in mutual funds and index funds.

In short, they both despise credit and credit cards because the interest you pay for instant gratification robs you of the ability to save and invest and can destroy your future.

Secrets of the Big-Time Investors

Warren Buffett, the most renowned investor of our time, has a simple investment philosophy—he buys value. He only invests in companies that he understands, so he excludes technology stocks from his portfolio. He’s interested in a company’s management and their honesty with stockholders. He looks for companies that reinvest money and/or pay dividends to stockholders rather than companies that pay gargantuan bonuses to management.

The average investor can profit from his knowledge and investment style without spending hours analyzing companies. Investors can own Berkshire Hathaway stock. Class A (BRK.A) stock is over $200,000 per share, but Class B (BRK.B) stock is around $150 per share.

Carl Icahn, on the other hand, is what polite society calls an activist investor. Others call him a corporate raider. He buys stock in poorly managed companies and then takes control of the company. When Icahn buys, the stock goes up (at least temporarily). Many investors watch him closely and follow his lead because once he has to announce his holdings, the stock receives what’s called “The Icahn Lift.”

He also “does deals.” For instance, he buys and sells the same assets in two markets at the same time, buying in the cheaper market and selling into the expensive market. That’s known as arbitrage.

Donald Bren is number 64 on Forbes’ “500 Richest People in the World” list. He invests in hard assets—real estate. He started as a carpenter’s helper on his father’s building, and then started building properties. His first property was a home in California that he financed with a $10,000 loan.

3. Make a Million Dollars the Old-Fashioned Way—Earn It

As you look through the list of wealthy businesspeople and the companies they founded below, try to figure out what they have in common. You’ll find the answer below the list.

Each of these individuals founded a business, but there’s more to it than that. Each of these businesses changed the way we live our lives. Fortunes are made from disruption.

While most people are afraid of change, these people were champions of change. They thought outside the box and upset the applecart. This kind of disruption we call progress.

If you have no idea where to start, but you have a burning desire to make a million dollars, dig deeply into the Internet. You might run across an idea that sparks a new idea, or you might be able to combine two ideas into the newest, greatest life hack ever. When you look at the list above, each of those disruptions was really a life hack—something that made our lives easier or made things or knowledge move faster.

Let us know how you plan to make your first million dollars in a comment below.