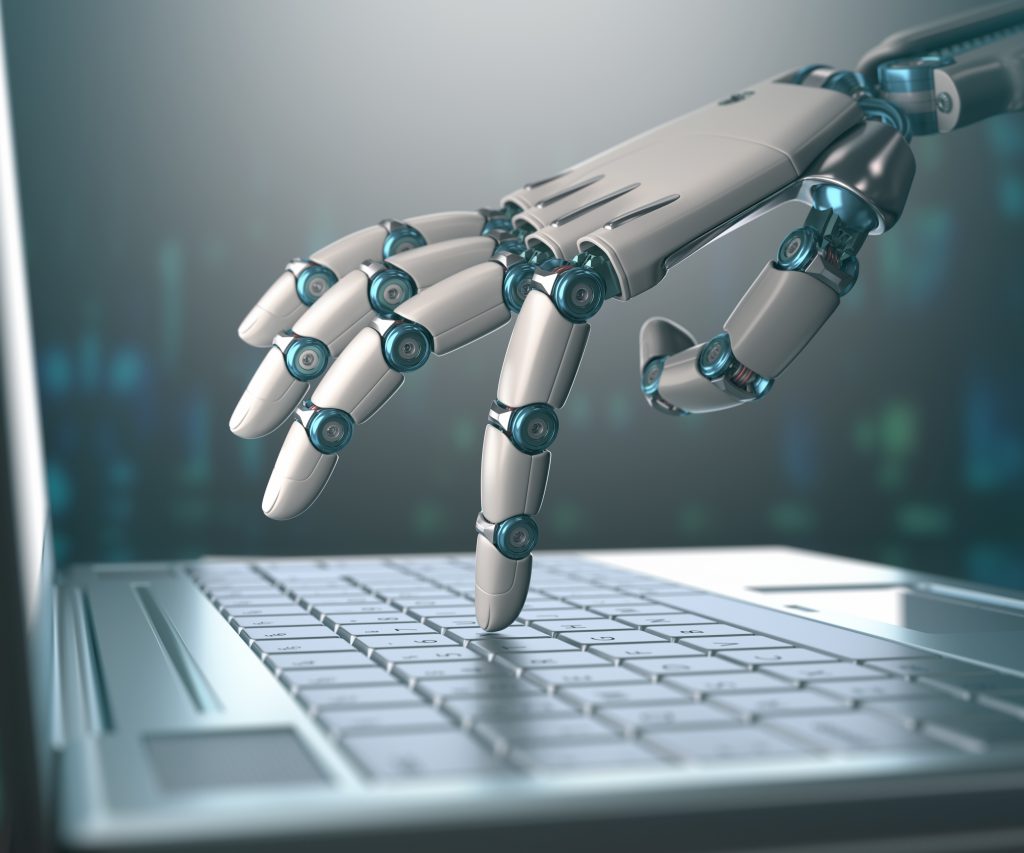 Not since the Gutenberg press have we seen anything like what we’re going to witness in the next five years. The next wave of automation is projected to dwarf the aggregate of the PC revolution and the connected-device (smartphones, tablets, etc.) wave. Connectivity has already dissolved the lines between personal and work lives, and now that we’ve adjusted to being on call 24/7, it’s possible we could undergo an even bigger change—if automation relegates the concept of work to the dustbin.

Part I looks at automation we now take for granted, as well as practical inventions that are relatively new. Part II will look at those that fall into the Sci-Fi category and what they could mean for society.

The Magical Mystery Automation Tour
Now-quaint developments of the past few decades were once heralded as cutting edge technology. The ATM, introduced in 1969, has fallen to third place for banking interactions. Internet banking has slipped to second place as mobile banking (conducted with a smartphone) has risen to the top. Today, a customer can deposit a check by taking a photo of it and forwarding the image to the bank through a smartphone. Funds clear immediately—faster than by depositing the check person.

Stamps.com made its entry in 1996; today, around 40 percent of postal purchases occur online. Office staffs have been eviscerated: Secretaries and receptionists are nonexistent. Today’s “assistants” perform a much wider variety of tasks than their predecessors did, and many are virtual rather than full-time employees, and “security” calls someone from the inner office to escort you to your destination while you sign in and show your ID.

Commercial cockpits were reduced from three crewmembers to two pilots last century when the flight engineer position was eliminated. Today’s airplanes sport “glass cockpits” run mostly by computers with minimal human intervention. The days of hands-on pilots have ended; that’s great for the bottom line, but there’s no substitute for bona fide flying experience when an emergency landing is required. Just ask Sully, the hero of the Miracle on the Hudson.

Prominently placed self-checkout lanes at grocery and big-box stores encourage customers to bypass lanes with human checkers. With customers becoming more comfortable interacting with machines, lines form on self-scan machines even during off-peak hours. Anecdotally, the age of users seems to have increased as well. If you don’t have time to wander the aisles, you can order from Home Depot, Staples and many other outlets online and schedule a pickup at the store.

According to BBC News, Foxconn, the Chinese company that makes iPhones, is replacing 60,000 factory workers with robots. The same article says that McDonald’s will consider robots to replace employees rather than increase wages to $15 per hour.

Automation Consolidates Functions
Just as technology has consolidated many functions into our smartphones, automation merges many functions previously performed by humans into central access points, while reducing costs to the end user. Amazon is a prime mover in the automation sphere, bringing one-stop business and personal shopping for goods and services under one roof. The customer doesn’t interact with a human unless something goes wrong, which is rare.

Industry can use Amazon’s same-day delivery and Prime (two-day delivery) services for just-in-time delivery, eliminating the need for stock rooms and the employees needed to maintain them. Amazon uses robots in its warehouses, but it plans to hire an additional 100,000 employees. Retail is dying, and online shopping is killing it.

New Opportunities
It’s impossible to calculate the number of jobs lost to automation for a number of reasons. Changes have slipped in over time and rendered entire professions obsolete. Jobs that are lost on one hand can be gained on the other. Shortly after Expedia came online, the airlines slashed discounts to travel agencies and in-house travel departments, moving business and leisure travelers online, so agencies and in-house departments began to disappear. However, these changes have created new opportunities for segmented, affinity and medical travel. As retirees emigrate, expat expeditionary travel is on the rise.

RFID has relieved companies from manual inventory tracking and eliminated untold jobs in the process while reducing the associated costs of knowing what to order and when to order it.

Automation has reduced the cost of electronics and appliances, so many repair jobs have vanished. People and businesses replace instead of repairing existing equipment. A cottage industry for repair professionals and those who can perform small tasks, such as repairing a printer or CD/DVD player, has emerged online. TaskRabbit, dubbed “The Uber of Everything” by Verge, as well as Thumbtack and many others have quickly filled the void.

SimplySafe has upended the home and studio security system market. Security systems in the 1990s cost around $10,000, including installation. A few years ago, they cost around $3,000 installed. Self-installed systems from SimplySafe run less than $500. The company offers real-time monitoring from a smartphone for $79 per camera.

During times of economic downturn, the first budgets cut are training and travel, but eLearning has filled the training void. Stand-up trainers and instructional designers have been replaced by eLearning instructional designers. With an increased need for regulatory training, eLearning keeps expenses down and allows employees to train themselves during downtime. Online web conferencing is increasingly diminishing travel to seminars and conferences.

As you can see, we are an adaptable society. We don’t like change, but we adapt to it quickly. Solopreneurs, with no hope of securing venture capital, have turned to crowdfunding. Businesses with minimal graphic and printing needs can contract with a designer on Fiverr, upload print jobs to a printer and use errand and task services for distribution.

A Peek Into the Future
Every industry will get an automation overhaul over the next decade. The Google self-driving car has been in the headlines for a couple of years. Many current models are already outfitted with components of self-driving cars, such as GPS navigation systems. Uber took delivery of its first fleet of self-driving cars in 2016. Has anyone thought of the liability and insurance implications? Industry will adapt—how it will do it remains unknown.

The next time you go to Amazon, notice that many consumables are offered through subscription services. Amazon builds a profile on each customer. It knows algorithmically from your past purchases and current subscription services what you’re going to order before you do. It is testing its new patent for “anticipatory shipping.” Based on customer profiles, the company can pre-ship boxed items for its customers to regional warehouses. Even if you don’t use the subscription option, your Amazon profile rivals your CIA profile and could merge with it one day, since Amazon just signed a $600 million contract with the CIA for data storage.

Today’s sci-fi is tomorrow’s reality. The only difference between our sci-fi-turned-reality and that of our parents is the compression of time before some crazy thought appears on the market and becomes the norm.

In Part II, we’ll cover inventions on the drawing board nearing completion. Prepare for a mind-blowing experience as we wind our way down the road to the not-so-distant future, and we explore what it could mean for us.

Where we end up is not clear, but one thing is certain:
I’ve a feeling we’re not in Kansas anymore.
~ Dorothy, The Wizard of Oz